The costs of ‘hecho en China.’

Drunken Boat, an international online journal of the arts, is pleased to present Issue #16, an omnibus of folios that includes a special collaboration with the Asian American Writers’ Workshop and Open City. This piece appeared in the folio on Asian American Urbanisms. Click here to read the issue in its entirety.

(We are in the land of no mestizos, surrounded by volcanoes. We are in the basin of Chimborazo and Carihuairazo and Tungurahua and Cotopaxi, teetering on the edge of the Devil’s Nose. They thought that the Neck of the Moon was apocryphal, or so they told me in the language of whispers. The tourist agencies trumpeted that the Throat of Fire roars at night. These jagged landscapes parts of our collective anatomy, covered in ice with the threat of heat, in a dying indigenous tongue. As if the precipice of travel were only dangerous in the 19th century, as if we had become angelic.)

The indigenous street vendors José and his cousin José de CuyoCuyo, selling oranges and babaco out of wheelbarrows, pointed in her direction, at the woman with clasped hands behind her back. All of the manufactured goods, all of the workers, are cheaper in stores like hers, they said. Anywhere you see a red lantern— 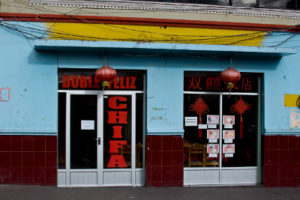 And when we walked over, she asked us—Were they pointing at the Andes? Each hoping the other was obvious, normalized invisibility. She told me that she had arrived from Fujian three weeks ago, that she spoke no Spanish or English. I asked her if she liked it so far. You can try a new fruit every day for months, I implored. Break through the shell of the granadilla, to the soft pulp inside. She stared ahead, then down at the linoleum. These corduroy jeans. They are three pesos. But they looked simultaneously flimsy and heavy, eviscerated by their journey—

Here, Casa China and Chifa Pekin are numbers 17 and 27 of thirty-one restaurants in town, respectively as ranked by Lonely Planet. The fifth-generation workers pretending to be second-generation pretending to be sixth-generation explained that ni chi fan became chifa, chau fan became chaufa. Add a wonton skin in the shape of a paper airplane on top, and call it “airport,” the most popular dish in town. To devour these liminal spaces, ever in transit, simulacrum of—

Near the central square, next to several precariously teetering Spanish colonial Catholic churches, calling from the hillside— The many-metered mural boldly declares that we have a right to autoeroticism, to go to the doctor without fear of judgment or discrimination, to love boys or girls or whoever we want without violence, to emergency contraception. In faded blues and greens and golds. These are our children’s rights, yet hardly juvenilia. But this plaguing want for want— 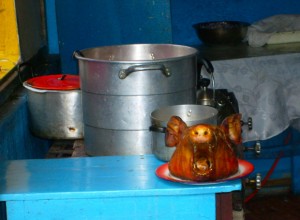 What joins us but achotillos? A rambutan by any other name is but a quiver of recognition, sold out of the back of a pick-up truck, bagged by a 6-year-old Quechua girl with a knife-pleated red velvet skirt and a Dora the Explorer sweatshirt. Five pesos for a kilo, more than the red-lanterned corduroy jeans—

Where does authenticity lie? But they could not help but, in the low tones of their songs of lament, suffuse a fragile note of curiosity and longing— That sour and sweet sauce comes with a gold rush, with everything that changed in 1849. With claims to the outside, the expanses outside of these volcanic walls, the not here…. the ever-shifting, the trinkets of accumulation, of flight, nestled in altitude and amidst the bewildered, a poster for Delgado Travel tantalizes: España – Venezuela – Jackson Heights— The garish glow of—

Celina Su was born in São Paulo, Brazil, and lives in Brooklyn, New York. Her first book of poetry, Landia, will be published by Belladonna* Press in 2018. Her writing includes the poetry chapbooks Plurality Decree (MIEL Books) and Beyond Relief (with Ariana Reines, Belladonna*) and pieces in journals such as n+1, Harper’s, Aufgabe, and Action, Yes. Su is the Marilyn J. Gittell Chair in Urban Studies and an associate professor of political science at the City University of New York. 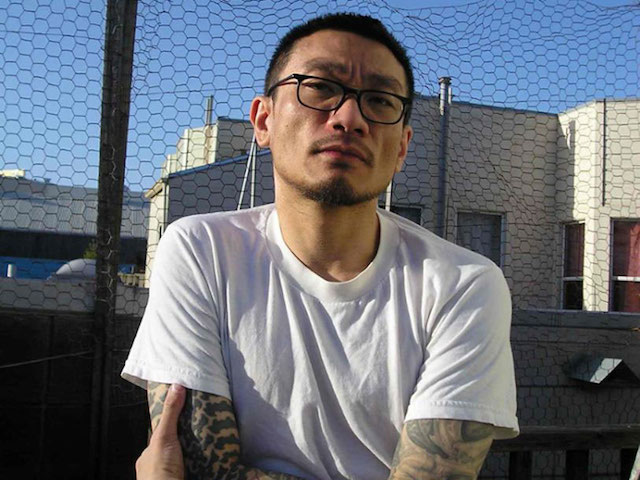 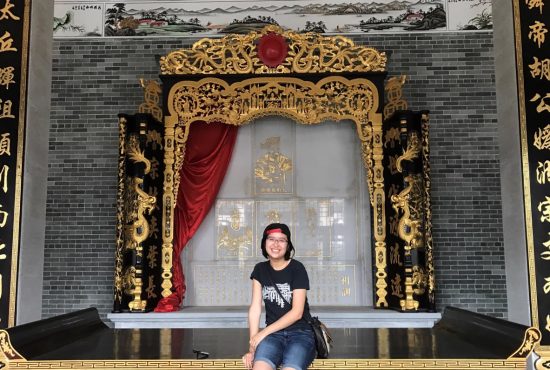