“There usually is something here for everyone,” a fellow archivist told me the morning I arrived at the Stuart A. Rose Manuscript, Archives, and Rare Book Library in Atlanta, Georgia for an archival training. As an Indo-Jamaican, I was already accustomed to the disappointment that comes with the failure to locate: whether it be records, photographs, or traces. I knew that the archives of indenture–scattered between continents, parted by oceans, inhabiting a climate of obscurity–would inevitably lead me to the same government papers or to straining my eyes to read rare newspaper clippings for transgressions mentioning the “coolie” or “Hindoo.” If I did locate some trace of indentured records in Atlanta, I was certain that these traces would not lead me to Jamaica—but rather than to Guyana or Trinidad and Tobago, archival sites of indenture more popularly indexed.

My great-grandparents were indentured Indians to Jamaica—their history is routinely omitted from South Asian history and even marginalized within Indo-Caribbean narratives of indenture. Within this thin catalog of Indo-Jamaican scholarship, the photographic archive becomes all the more important as an avenue of accessing the materiality of ancestral history.

When I encountered the postcard, “Coolies Washing: Greetings from Jamaica,” the suspended haunting of a century elapsed before me: a haunting on the footnotes of history, of the bodies un-photographed, of the voices un-archived, of the very violence of the colonial photographer. A postcard, the most casual trope ephemera from the Caribbean, was now presented before me as an invisible tether to my ancestral history. A black-and-white image of 12 bodies, almost all with eyes meeting the gaze of the photographer’s lens, perched by a small pool of water. Men and women squatted, while some children held other children in their arms. A baby, carried by a small girl, was excised from the frame’s right angle. In black and white, their bodies seemed ghostly–although every photographic archive capturing bodies during a system of bonded labor must be marked by such hauntings. In the sterility of the archival viewing room, under fluorescent lights, the object that spanned the palm of my hands seemed enormous. A thin film of plastic covered the postcard, a tenuous layer reminding me that the distance between preserving and destroying my own history spanned the width of my fingertips. As my own body negotiated the thin barrier of this burden, between the violence of the colonial archive and the desire for remembrance, I could not help but see the resemblance of my maternal great-grandmother in the face of the only woman pictured. Although the young girls and women are washing clothes in this photograph I held, one of the clearest details is the number of bangles on their arms. My paternal great-grandmother traveled to Jamaica from Gorakhpur, carrying a curious silver necklace with her. The woman at the center of this photograph, who resembled my maternal grandmother, wears a similar necklace. Looking at this postcard in the absence of genealogical records during indenture, I cannot help but imagine if one of the small children was perhaps a great-great-grandmother of mine? Was another child a long-lost aunt or cousin?

When you are a descendant of indenture, even the violence of the colonial archive presents the seduction of finding: a long-lost ancestral connection, a photograph of that great-grandmother who was kidnapped, a narrative corroborating the oral histories of your family that remain uncatalogued.

In Jamaica, the studio of French lithographer Adolphe Duperly would capture most popular colonial-era images of indentured Indians. Duperly arrived in Kingston about twenty years before the first ship transporting indentured Indians, the S.S. Blundell, arrived in 1845. Indentured Indians were therefore photographed at the moment of transition from the daguerreotype, as their images became transcribed into the ultimate popularity of the colonial postcard. Although many postcards of indentured Indians are attributed to Duperly, he died in 1864. Duperly’s sons, Henri and Armand, and then Armand’s sons would continue the “A. Duperly and Sons” studio.

By the time this photograph was taken indentured Indians in Jamaica were probably accustomed to colonial photographers recording their movements, intruding upon their lives even during the most mundane of tasks—like washing. I recall the Orientalist tropes in the travelogue of Two Years in the French West Indies by the lesser-known Greek-born Lafcadio Hearn, about the “scowl” of indentured Indian men’s faces he encountered in the Caribbean, antithetical to the welcoming tropics that now characterize the islands.

In the quest for genealogical records, as well as the absence of photographs of ancestors during indenture, the colonial gaze is now that site of violence upon which descendants of indenture like myself rely. The violent intrusion into the mundane task of washing is now also the site of affective promise of finding the colonial traces of Indians in Jamaica. These archival objects occupy the nexus of violence and desire, the mode of encounter for those of us researching histories of indentureship.

How do we see these bodies in the archive? The colonial photographer brings these bodies into focus and yet, while we see the postcard and its landscape, its bodies, its archival grays, there is still so much that remains unseen. For a history of indenture seldom archived in history, a postcard therefore is more than a postcard—instead, every photograph of an indentured body represents a potential ancestor in the archive to which we might be related. As a scholar working in archives, I know well the methodological foibles that caution against an attachment to nostalgia. And yet, so much of the indentured archive relies upon this mode of nostalgia and cautious optimism in which we traffic.

Before the modern photograph, a device known as the camera obscura was one of the earliest methods of capturing images that were projected for artists to trace. Images were inverted and projected through a tiny pinhole, which was a limited way of seeing an object. “Camera obscura” translates from Latin to “dark chamber”—no better metaphor describing the method of encountering the archival violence and obscurity of indenture. Much like the earliest methods of photography, we work in darkness projecting our own shadows of desire onto these archival objects.

In Atlanta—hundreds of miles away from Kingston, a hundred years after the end of indenture, I encountered the dark chamber of the archive of indenture, bringing into focus an unlikely ephemera that now represented the status of ancestral record. And yet, even in the proximity to these bodies mediated by the colonial gaze, there was still so much that I could not see.

Suzanne C. Persard was born in Bronx, New York to parents from Kingston, Jamaica. Currently a PhD candidate at Emory University, her work engages gender and sexuality during the period of Indian indentureship and post-indenture visual culture. She is currently working on two manuscripts: one about queer archival production within indentured archives and another about Indo-Jamaican history. 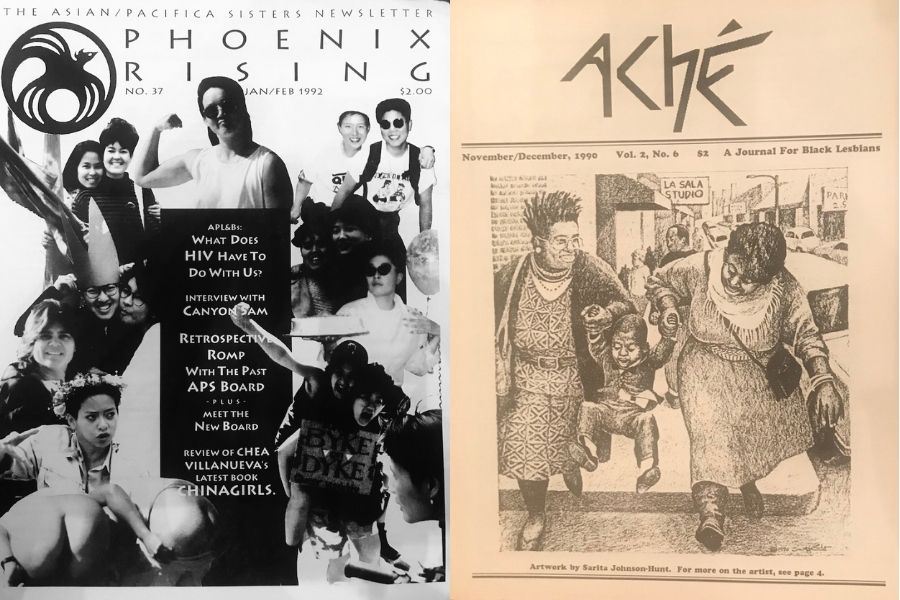 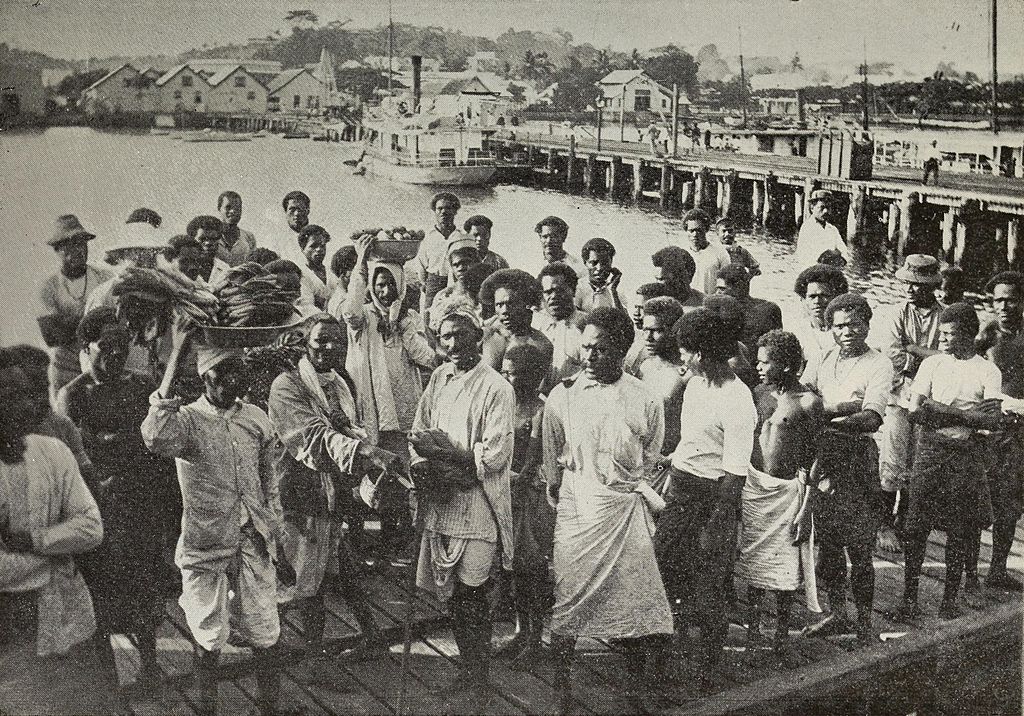 The Haunted Line: Autofiction Against Indenture
What Totaram Sanadhya's short story tells us about the space for solidarity

If Death Is a Postman
An excerpt from Sinan Antoon’s novel, “The Corpse Washer”