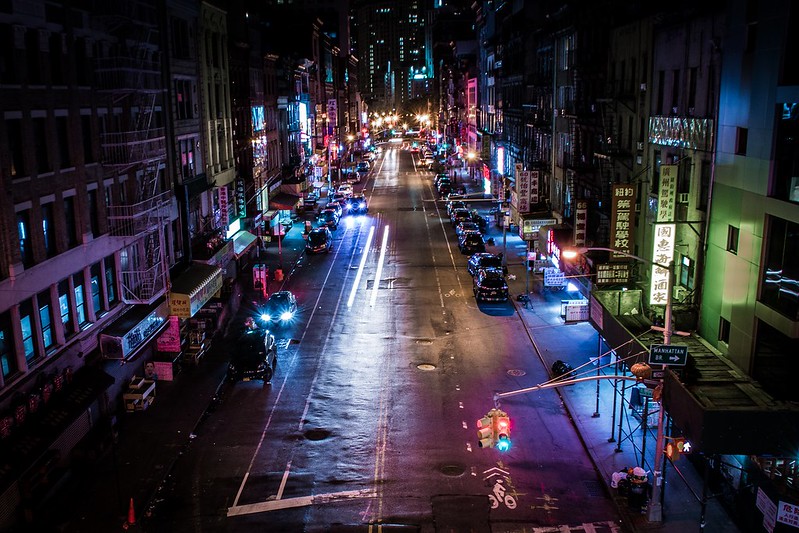 I leave the Little Italy apartment in a hurry, and for a lot of reasons—the five roommates, the thin walls, the six-by-ten-foot room, the landlord who makes us pay in cash. But mostly I leave because of F—chain-smoking F who I had met at work, who lived only a few blocks away in Chinatown.

I don’t remember how we became friends. Early on I recall her making remarks about how quiet I was, and the next thing I knew we were loitering behind the bar, sneaking spring rolls and shit-talking customers. “Bobby Flay at table eight,” she would say about one particular ginger-haired man. Sometimes we played a guessing game about the older men who came in with younger women, called “Dad” or “Daddy.”

In the summer, she brought me custard baos from her local bakery, and in return I brought her chocolate bars, the ROYCE’ ones she liked with whole almonds. We started walking home together at the end of shifts, smoking joints and milling around parks or random stoops. “I think you’re my oldest friend,” I told her once. “Yeah,” she replied. “And your hottest.”

F liked to call me a homebody, and decided it was her job to take me out and do all the things I should experience when I was young. Late in the season, she recruited me as her plus-one to a birthday party at The Blond. It was my first time going to a club, albeit reluctantly, and we danced and took photos until she grabbed my hand and pulled me to the bathroom, weaving me through the crowd the way I had seen people do in movies. We crammed into a stall, and she pulled out a baggie, almost fluorescent under the bathroom lights. She rolled a bill from her wallet (anything less than a twenty was too dirty), and I did my first lines of coke off her phone. As I inhaled the sharpness I thought about how much I loved her, and I thought about all the things I would do to prove it.

After I experienced everything she thought I should, we left and found a deserted street where we sat on a stoop and smoked. Maybe it was the coke talking, but she confessed that she had had an abortion when she was younger, and now it was too late for her to get married and have kids. Her eyes stared into a side street as she did the math: “’01, ’02…yeah, if I kept the kid she would’ve been your age right now.” My head felt clear, and I wanted to give F something in return for the night she gave me. “I don’t have a mom,” I offered. “She died when I was fifteen.” F turned to stare at me, her mouth slightly open, then looked away. “Well, shit.”

The next time we saw each other at work, F greeted me with a bao and a hug. We joked about how she danced like a ho, and who the biggest sluts on staff were. (It was between me, F, and J.) F texted me nudes so I could help her choose which ones to send to her hookups—she was currently seeing some guy who didn’t like her back, who once kicked her out of his apartment at 2:00 a.m. and called her an addict. She started calling me about him every week, usually crying. “Are you busy? Can I come over?” Before I had a chance to respond, she would be standing in front of my building. We’d sit on my twin bed and do lines from the padlocked case she carried in her book bag, with additional xannies I turned down because I didn’t want to prolong her stay. I always tried to soothe her as quickly as possible. “I can’t believe I’m crying to a kid,” she would sob. “I promise I have friends, you just live closest to me.”

Sometimes I followed up on our conversations during downtime, and she would turn to me, surprised. “Oh, did I tell you that? Sorry,” she shrugged. “I don’t remember anything when I’m on bars.” Other times we would brainstorm places she could take me in the neighborhood, because she had grown up there. She suggested a facial salon, but I didn’t believe unclogging pores was necessary. “What, your mom doesn’t get facials?” she asked. “You should tell her to take you sometime.”

From then, I started evading F’s calls as best I could. Once, when she was crying, I lied and said I couldn’t meet up because I was with a friend in Queens. “It’s OK,” she said. “I’ll wait until you get back.” I waited in my room for an hour, then looped around a few avenues so it appeared as if I had just come from the train. “Who were you with?” she snapped when she saw me. “Your little college friends? You like hanging out with them more than me?”

F, on the other hand, loved introducing me to her friends. She brought me to their restaurants and cafes, pointing everyone out proudly. “That guy’s a dealer, that guy’s been to prison, ooh that guy’s young, you can look at him.” At a bar, she spotted a couple she knew and dragged me over. “You guys, this is M, this is my kid!” she announced, throwing her arm around me. She introduced me that way often, and in those moments I tried really hard to live up to her expectations—to be a kid and accept her unconditionally.

In Brooklyn, a forty-minute train ride from Chinatown, I unpack with the only college friend who has met F, who goes on about how she’s “so scary.” In the corners of the restaurant, I change my work schedule and whisper with the coworkers who have known F since she was a teen. In between shifts, F stops me and says she doesn’t feel the love anymore. I say I still do.

Mai Tran is a writer based in New York. She was a winner of Epiphany’s 2020 Breakout 8 Writers Prize, and her work has appeared in Vox, i-D, Gen, the Rumpus, and elsewhere. Find her online at maistran.com. 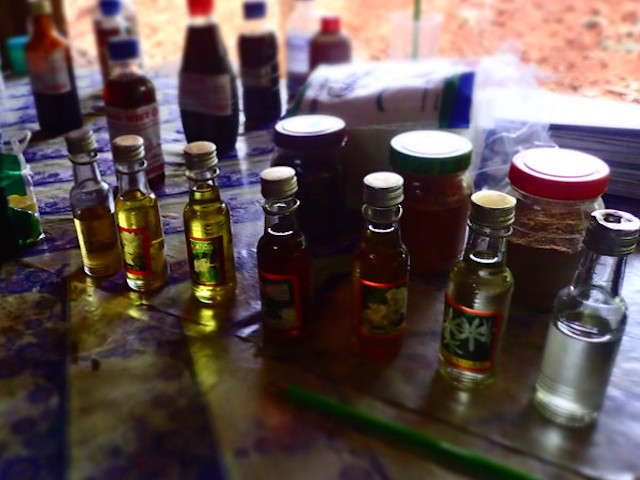