I was alone now, except the mold still had a strong presence I couldn’t ignore. 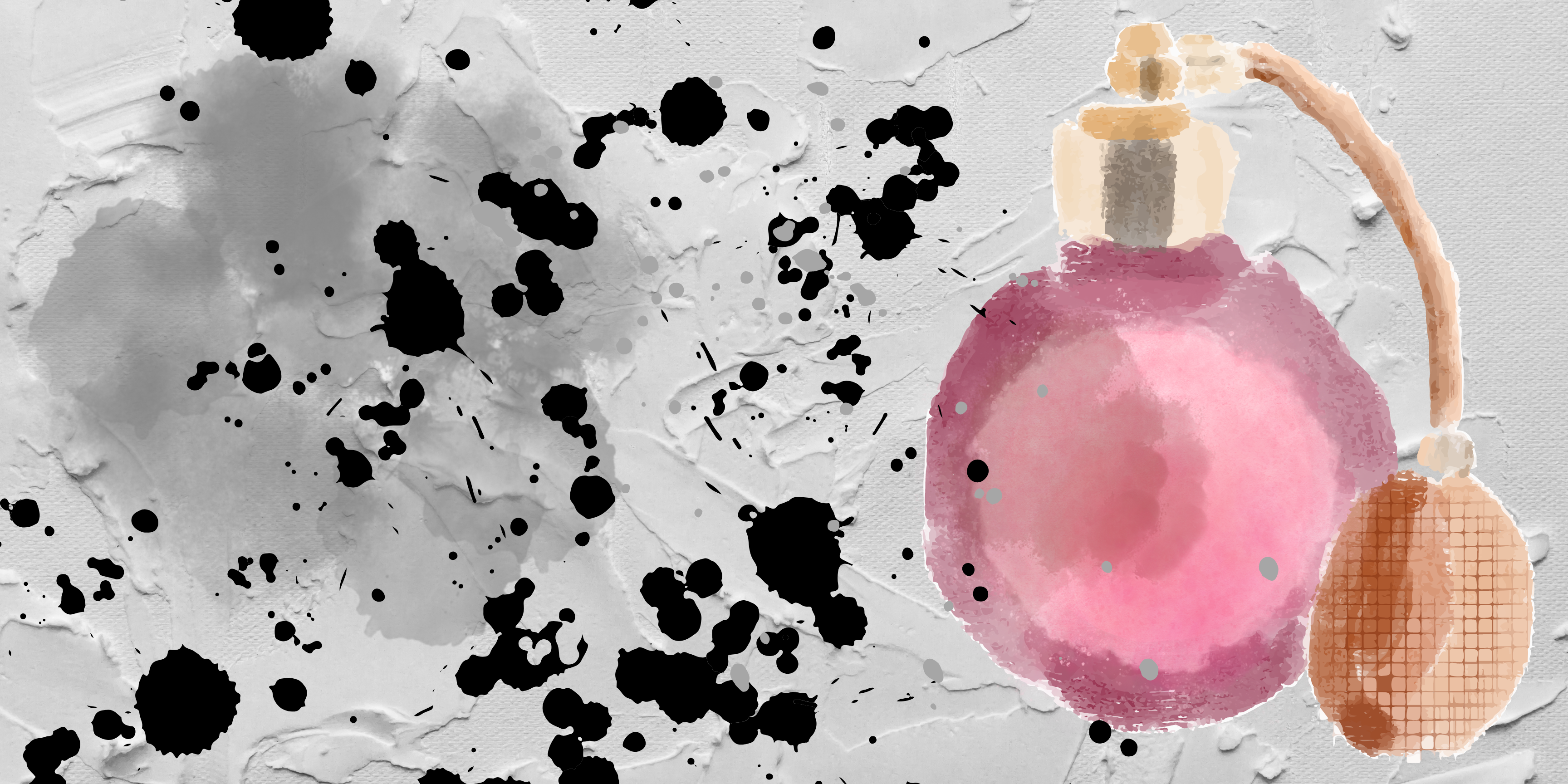 Smelling bad is worse than being ugly,” my mother used to say. “You could be the most beautiful woman and still be the most repulsive thing in the room if you stink.”

I thought about these words as I sprayed the living room for the third time that morning with the almost empty bottle of Hermès Elixir des Merveilles. It was the same bottle that my mother had given me the last time I saw her in Tokyo, just days before she passed. Someone who knows perfumes might say it smells “woody,” though I wouldn’t know what that means. I can’t even pronounce the name correctly. All I know is that it smells like my mother, who used to spray this on herself at least once a day for as long as I could remember.

At first, I was just trying to find something to make this living room smell a little less like the mold on the ceiling. It looked like a gray blob with the quality of dried papier-mâché but without any structure. The thing emanated a sour, mildewy smell that I only noticed the day after moving into this apartment. I was convinced that the mold was growing larger and more fetid by the day.

Kenji came out of the bathroom, fully suited and clean-shaven. He hugged me from behind, as he often does.

“Still bothered by that thing?”

I placed the lid on the perfume bottle and wiggled out of his embrace. I resented the fact that he’d been nose-blind to the mold the entire time.

“I’ll put in a maintenance request. I’ll make sure it’s fixed ASAP.” Kenji was positive and solution-oriented—words he used to describe himself in interviews, at least when he practiced with me. I always rolled my eyes, but the words, along with his general optimism and can-do attitude, got him quite far in life, landing him his most recent promotion at the Japanese car company with its American headquarters in Nashville, Tennessee.

We kissed, and he left for work. I was alone now, except the mold still had a strong presence I couldn’t ignore.

In a double attempt to mask the smell and pass the time, I began to bake batches of granola with nuts and coconut doused in olive oil and maple syrup. Back in New York where Kenji and I had lived for almost ten years, I used to do this on weekends as part of our meal prep ritual. Like Kenji, I had a nine-to-five job. We took different subway routes, and I’d listen to podcasts or read long novels. I wore heels. I led meetings. I felt important.

There were aggressive knocks on the door followed by a man’s voice: “Maintenance!”

I struggled to take off my oven mitts, and before I was able to get to the door, I saw the knobs turn and the man letting himself in.

“Oh!” The man acted more surprised than I was. “Didn’t realize anybody was home. I knocked.”

“Sorry I didn’t answer in time.”

“Should I come back later?”

He wore paint-covered boots, and I wished I’d had the courage to ask him to take them off at the door. The man was tall and muscular, wearing a Tennessee Titans cap and a uniform polo shirt with the apartment building’s logo on the chest. His name tag said RANDY. He was already walking around the living room and nodding to objects that seemed to catch his attention—our choice of the white-and-gray rug, the still-empty bookshelf, the Dalí-inspired clock on the wall that Kenji bought at the MoMA store during one of our first dates. It seemed like he had been in this space before, with a previous tenant. Everything from his stance and the way he moved made me feel uneasy, as though I were an intruder in his home instead of the other way around.

“So what seems to be the issue here?”

“There’s this smell.” As I said this, I was surprised that he didn’t already know prior to coming here, and even more so that he couldn’t just figure it out.

I quickly explained the granola before pointing to the ceiling. “That’s the mold. It’s been growing a little bit each day. I’m pretty sure that’s what’s causing it. The smell, I mean.”

“Has there been any leakage?”

He did a squint that made him look serious but also made me think he didn’t believe me. “You moved in pretty recently, is that correct?”

“Okay! That makes sense. I was thinking I hadn’t seen you around before. I usually have a good sense of all the tenants.”

I gave a quiet chuckle in lieu of a response.

“So where did you all move from?”

“Wow! Big adjustment. There’s a lot of people coming from New York or LA these days.”

I knew what he would ask next and braced myself.

“But what about before that?”

“Japan.” In my case that was actually true, but that didn’t make it any less annoying to clarify.

“That’s what I thought!” he said proudly. “I knew it was either that or Korea. I have a pretty good sense of the differences.”

I did the same chuckle as before and trailed my eyes up towards the ceiling, hoping he’d get back on topic.

“Well, why don’t I have a look around the AC unit. Make sure there’s no leakage.”

He brought back a ladder and started poking around the vents. I hovered a few times before retreating to the kitchen to watch the oven like an idiot, waiting for him to leave.

The next morning, as Kenji was leaving for work, he saw the slip on the door that read: MAINTENANCE REQUEST COMPLETED. NO SIGN OF LEAKAGE. He showed it to me and said, “That’s good, right?”

I pressed down on the perfume nozzle but nothing would come out. Instead I put my nose against it, inhaling as much of my mother as I could. The door clicked shut—she was there, and then gone.

Yurina Yoshikawa has an MFA in fiction from Columbia University and teaches creative writing classes at the Porch Writers’ Collective. Her writing has appeared in NPR, the Japan Times, Lit Hub, Hyphen, the Pinch, and elsewhere. She lives in Nashville, Tennessee. For more information, visit www.yurinayoshikawa.com. 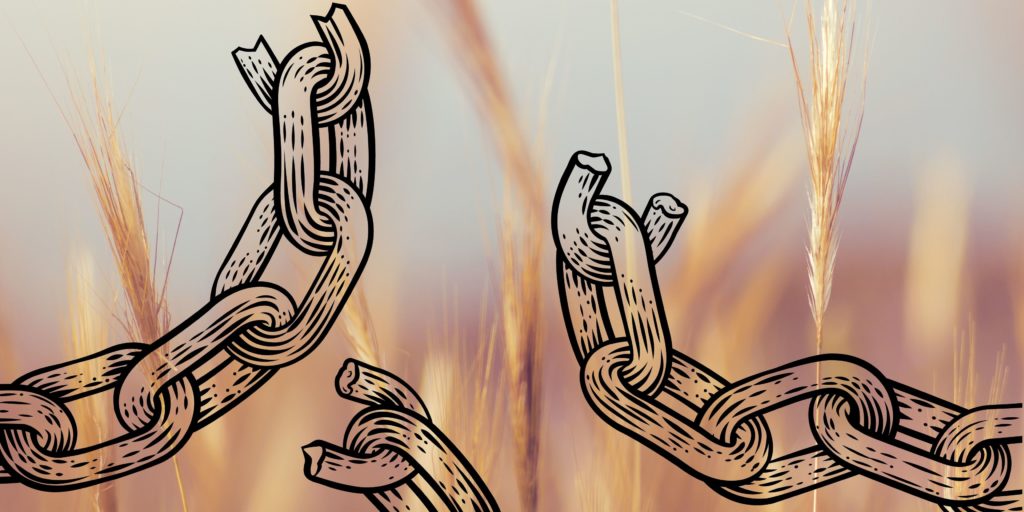 Vaada
A few steps are all that separate us. 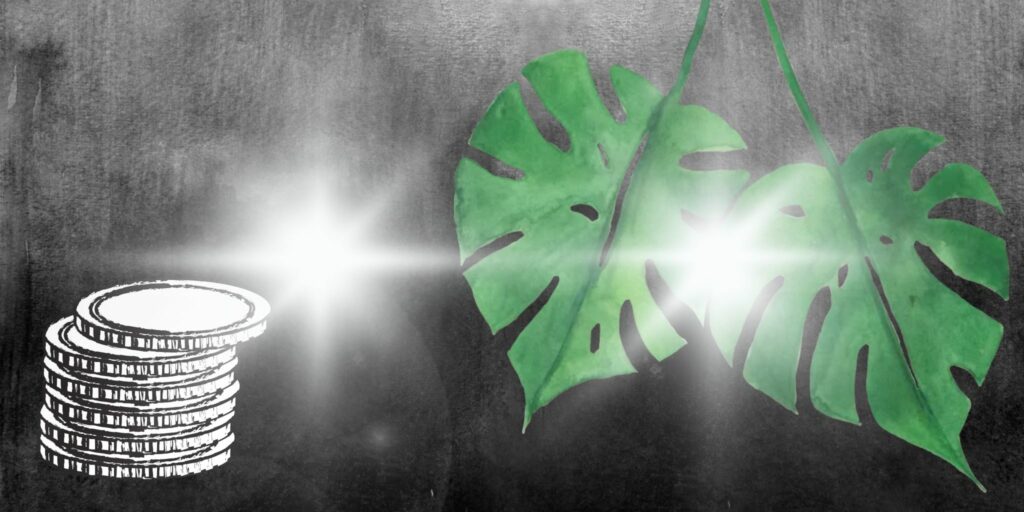