The Chinese novelist in exile, the impossibility of authenticity in immigrant lit, Kristi Yamaguchi, unlaced, and more. 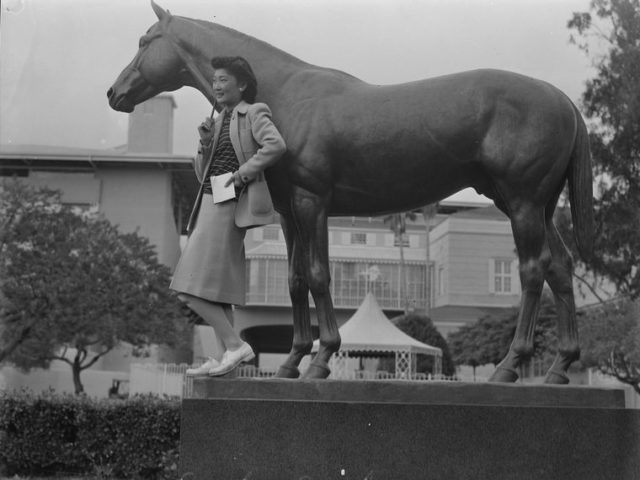 AAWW pal Sadia Shepard has a short story in this week’s New Yorker about two Pakistani American co-workers—one, a second-generation immigrant, the other on a H1-B visa from Karachi—in the wake of the 2016 election.

Most evenings, Hassan returned from work to find Sara in their bedroom, riding her exercise bike and watching CNN. Even in the sweatpants and baggy T-shirts she wore in the apartment, even in her glasses, even fifteen pounds heavier than she had been on their wedding day, three years ago, Sara was still a beautiful woman. She had been the most sought-after girl of his youth. True, this was perhaps not the America she had signed up for. But it was still America.

Writers Yan Lianke and Xiaolu Guo spoke to each other about writing about China in exile.

XG: I wrote about the fishing village experiences in my early novel Village of Stone, I wrote it in Chinese when I was living in Beijing. Then twenty years later, after I moved to the UK, I began recounting again these experiences in English. Strangely, doing it felt as fresh as it did the first time in Chinese. And this is how Nine Continents was written. This time, I felt I could “see” that seascape even more vividly from such a distance. I think distance and time have transformed my literary memory, which shapes my ways of narrative.

Wendy Xu has a new poem in the latest issue of Poetry. You can read more of Wendy’s work on The Margins.

Don’t speak to me of sorghum
Red fields, pressed up toward a sky
Whatever called to me there
Too wild, attempting a face

Old verses for my father
Dignify the cooling page
Black earth is the word it makes
Tilts forward, consequential

The Desert by Brandon Shimoda

For this month’s poem at Hyperallergic, Wendy Xu chose Brandon Shimoda’s The Desert. You can read an essay about Japanese American incarceration by Brandon on The Margins.

To think of a large country
spoiled
by its intractable people

A country
divided by black rivers

people on the other side   floating, careless
somehow eternal

No Good by Hala Alyan

Over in The Rumpus, Hala Alyan has a new short story. You can watch Hala read from her debut novel, Salt Houses, on AAWW TV, and read some of her poetry on The Margins.

Once, Yusuf gestured timidly towards her sketchbook. She showed him the layout, described the rooms of the library. When she saw his absorbed focus—the mark of a true academic, she realized—she spoke of the different structures that inspired her to study architecture. Unthinkingly, she brought up the ruins of Palmyra. I’d love to see it sometime, she sighed, before realizing her terrible mistake.

I will never go back to my country again. Yusuf spoke carefully, each word weighed, as though to make sure she heard.

Nicole Chung spoke with Olympic champion Kristi Yamaguchi about life after the Olympics, figure skating, and growing up Asian American.

After the Olympics, I think my eyes were opened by the incredible amount of support from the Asian American community, and in particular the Japanese American community. It was a little intimidating at first. At first I didn’t really understand it; I was just grateful. The gold meant so much more than I had ever thought it would to other people.

In The Paris Review, Naben Ruthnum shares an excerpt from his new book, Curry: Eating, Reading, and Race.

As the commercial viability of immigrant fiction became clear, genre rules and parameters emerged, and editors and publishing boards began to seek variations on a certain type of brown story… But what’s lost in this pursuit of the authentic is, perhaps, the specificity of the different immigrant existences, ways of being and tasting that are about the present rather than about pursuing the lost truth of generations past.