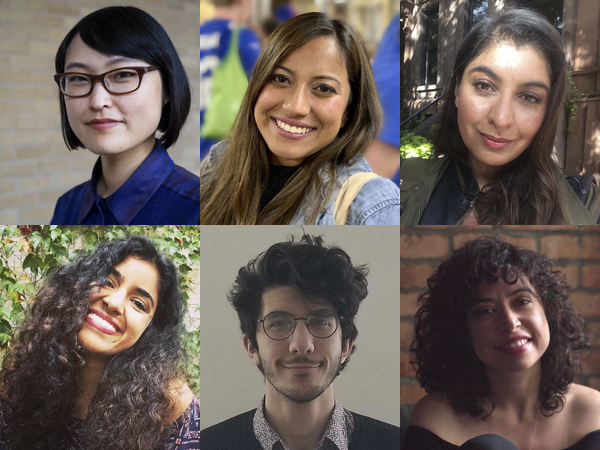 The Asian American Writers’ Workshop is pleased to announce the Fall 2018 Fellows for Open City’s Neighborhoods and Muslim Communities Fellowships.

Six emerging writers, with roots from Asia and the Middle East and North Africa (MENA), will begin a six-month fellowship reporting on and writing about the Asian American and Muslim American communities in New York City.

Against a revanchist backlash that targets migrants, women, people of color, and Muslims, we see AAWW as a sanctuary space—a vital site to build new ways of imagining what it means to be an American and a global citizen. Through our fellowships, we aim to cultivate the dream of a new American mythology beyond segregation, immigrant exclusion, and Islamophobia.

Three Fellows were selected for the Fall 2018 Neighborhoods Fellowship, while another three were chosen for the Muslim Communities Fellowship.

Fellows from both programs are given the opportunity to publish their works in Open City, receive mentorship, and attend writing and editing workshops.

The Neighborhoods Fellowship is a unique opportunity for emerging Asian American writers to publish narrative nonfiction over the span of six months on the vibrant Asian American communities of New York City.

Beginning in 2011, we launched Open City, an unparalleled digital journalism initiative to help tell the stories of low-income Asian immigrant neighborhoods across New York City, and with it the Open City Fellowship, which supports and trains writers to craft narratively driven creative nonfiction and reportage about issues that matter to the 1.6 million Asian immigrants who call the five boroughs home.

Open City Fellows have covered the stories of Chinatown residents during Hurricane Sandy, creative efforts to stop displacement in Sunset Park, stop-and-frisk in Jackson Heights, domestic violence and toxic masculinity within the Indo-Guyanese community, the plight of Yemeni Americans whose country is being bombed by the U.S., and Arab American women learning to assert their rights and to defend themselves.

Interested in applying for one of our fellowships? Application for the next round of Fellowship will open in early December.

Hannah Bae worked for 10 years as a journalist before she decided to take a plunge, quit her full-time job at CNN, and pursue her creative passion of telling stories about Korean American culture and identity. She is currently working on a memoir.

Her recent publications include the essay “Survival Mode” in the anthology “(Don’t) Call Me Crazy: 33 Voices Start the Conversation on Mental Health” (Algonquin Young Readers, October 2018) as well as “The Monocle Travel Guide to Seoul” (food and drinks chapter co-editor/writer, March 2018).

While she was in the world of breaking news, she worked full-time for CNN Business, Newsday and the U.S. State Department. She started her journalism career in Seoul on a Princeton-in-Asia fellowship that led to full-time editor positions at some of South Korea’s largest news organizations and freelance work with The Associated Press, CNN Travel, the German press agency Deutsche Presse Agentur, and other clients.

Hannah is also an illustrator whose work can be found on Goldthread, Tricycle.org, SupChina and her own website, EatDrinkDraw.com.

Syma Mohammed has written for The National, The Herald, The Guardian, and TIM Media among other publications.

Earlier this year, she worked on a documentary film about the Muslim ban and Muslim American activism in the age of Trump.

She holds a Master’s Degree in Gender Studies from New York University.

At NYU, she was the managing editor of literary arts journal submissions from students on the university’s Prison Education Program. She was also one of the editors for The Literacy Review, an annual journal of writing from adult literacy programs across New York City.

She believes in the power of narratives to challenge perspectives of those who are marginalised in society.

Astha Rajvanshi is an editorial assistant at the New York Times Magazine. Previously, she reported for the Editor-in-Chief and the investigations desk at Reuters.

Born in India and raised in Australia, she graduated with a master’s degree from Columbia University’s Graduate School of Journalism, where she was a Toni Stabile Fellow for Investigative Journalism, and a Global Migration Fellow.

Astha has been an editorial intern at The Nation magazine; a reporter on the arts desk at the Korea Herald in Seoul; and Editor-in-Chief of Honi Soit, the student newspaper at the University of Sydney.

Her work has appeared in The Indypendent, Columbia Journalism Review, Forbes, News.com.au, The Sydney Morning Herald, and Kill Your Darlings.

Astha is interested in writing about issues related to women, immigration and the legal system.

Born in Germany, raised in Bahrain, of Kashmiri origin and with Canadian and Kenyan history, Maryam Mir currently works as a strategist at SYPartners, a creative consultancy focused on sparking behavior change through storytelling and design.

Maryam studied Marketing and English at the University of Pennsylvania and recently completed an intensive course in Social Documentary Filmmaking at the School of Visual Arts.

She is currently working on a story about a Syrian refugee and his passion for baking in Brooklyn, and a short documentary about a man who was incarcerated for 19 years finally coming into his calling as a playwright. Her interests span poetry, documentary film, animation and experience design. In her spare time, she curates an Instagram of doodles, @curlswirlgurl, where she experiments with different approaches to giving form to feelings.

Mohamad Saleh is a writer and editor of fiction and nonfiction. He is Palestinian, was born in Jordan, and immigrated to South Brooklyn at age eight.

He recently graduated from Harvard with a Master’s in Middle Eastern Studies. Over the 2017-2018 academic term, he was one of three lead editors at The Harvard Journal of Middle Eastern Politics and Policy, serving as an associate editor the previous year.

As a Teaching Fellow at the Department of Near Eastern Languages and Civilizations, he taught Intermediate Arabic, and was awarded a Certificate of Distinction in Teaching for his work. He presented his Master’s thesis, “Estrangement: Transience and Being in Arabic Literature,” in Spring 2018.

He received a BS in Physics from NYU, having also doubled majored in Philosophy and Middle Eastern Studies.

Nora Salem is a writer, teacher, and textile artist. As a Mexican and Egyptian American, Nora finds the intersections of identity and community particularly interesting.

After receiving an MFA at Virginia Tech, Nora spent a year in Kuala Lumpur, Malaysia, working on a Fulbright research project that focused on liberation theology and feminism in Muslim practice. Afterwards, she moved back to NYC (where she had lived prior to graduate school) and worked at the Arab American Association of New York, where she served as Adult Education Manager and taught ESOL to a diverse group of Arab immigrants from countries like Yemen, Palestine, Egypt and more. She is currently an Adjunct Lecturer at Baruch College.

For her Open City project, she plans to focus on the dual nature of Muslim American communities — mosques, for example, are often places where she has experienced both peace and exclusion.

Noel Pangilinan is the editor of Open City, one of two online publications of the Asian American Writers' Workshop. He teaches Filipino and Philippine history at the College of Mount Saint Vincent and at Rutgers University. Noel also used to teach Filipino American literature at the City University of New York (CUNY)-Hunter College and writing for the media at Seton Hall University. He earned his Master of Science in Journalism from Columbia University's Graduate School of Journalism.
Tags: AAWW, Asian American Writers' Workshop, Open City Muslim Communities Fellowship, Open City Neighborhood Fellowship 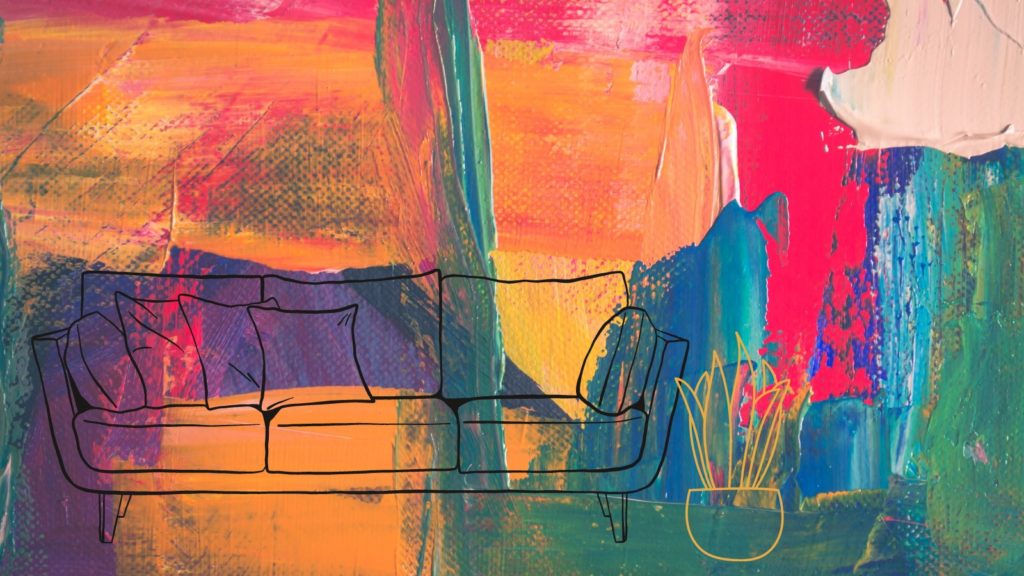 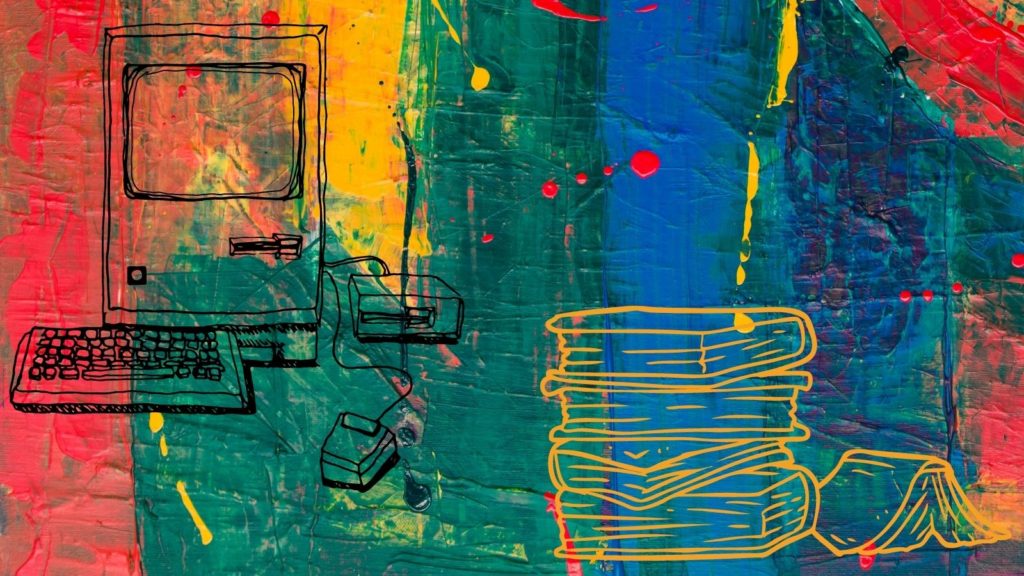 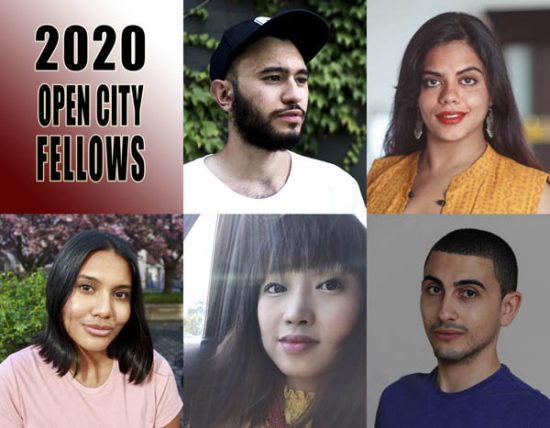