She kissed a fingertip and touched it to the frayed edge of a small sketch of her face. It was all she had left of him, a drawing that he had made of her. 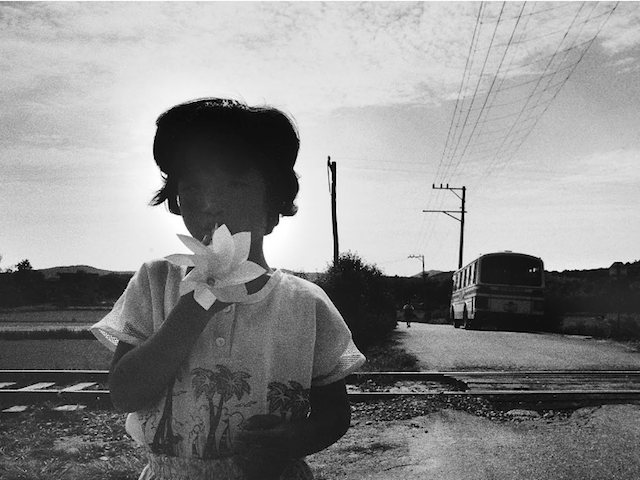 In Alice Stephens’ debut novel Famous Adopted People, out last month from Unnamed Press, Korean-born American adoptee Lisa Pearl travels to South Korea in an attempt to track down her birth mother, but ends up in North Korea as the captive of an enigmatic white woman named Honey. Stephens spins a dizzying tale of personal journeys and political satire, in which her wandering protagonist’s bid for truth twists into something far more mysterious.

In the following original short story by Alice Stephens, the author imagines the story of her South Korean birth mother. This Thursday, November 8, come hear Stephens read at AAWW alongside Eugenia Kim and Julayne Lee. Reserve a seat.

She carefully tied the ribbon of her best hanbok, the silk slipping through her trembling fingers as she fumbled to tie the complicated bow. Then she turned to the mirror that he had found for her at a flea market, the edges scalloped with rot, her pale, serious face framed by it. She slowly brushed her thick hair, arranging it just so to hide that her stylish hair-cut needed a trim. Carefully plucking two bobby pins from a tray made from the lid of a Band-Aid tin, she tucked the unruly hair neatly behind her ears.

The soft bundle that lay on a matt on the floor briefly pulsed with movement but then was still again.

She would not put on lipstick, she didn’t want the official to think she was a cheap bar girl. Though they never married, they lived together for 13 months. She cooked, cleaned and cared for him, just like a real wife. And he took all the prerogatives of a husband.

She did, however, dust her face lightly with rice powder. She came from the countryside, and her cheeks had a ruddy glow that betrayed the years she spent working in the sun. Americans didn’t care about whiteness though. To them, you were already foreign, whether you had the luminescent moon-glow of Young Mee or the caramel luster of Ji Soo, whose mother was rumored to be from the Philippines. A gook was a gook. But she was his gook.

A soft mewl emanated from the swaddling on the floor, a light kiss of noise in the hot air.

Very sparingly, she dabbed on some rouge, the powder now but a thin ring rimming the edge of the compact. Finally, she skirted the bundle of white on the floor to take a gold ring from a pouch hidden in the very back of her closet. She softly stroked the simple gold band before sliding it onto her finger. She realized now that she should have known he wasn’t coming back when he gave her the ring. It was not a promise that he would return for her, as she had originally thought, but a parting gift, something that could be converted to cash if times got desperate enough.

She kissed a fingertip and touched it to the frayed edge of a small sketch of her face. It was all she had left of him, a drawing that he had made of her. There had once been a photograph of them together, hand in hand. But in an act of desperation, she had sent it to the address he left as a good faith gesture, to remind him that she was still here, still in the same condition that he’d left her in, and if he didn’t send for her soon, she’d have to take matter into her own hands.

A little dramatic, she knew, but drama was the only weapon she had left.

He was neither moved nor shamed into responding. She had waited as long as she could for him. Bending as she used to in the rice fields, she gathered the small bundle from the floor, nestling it into a crooked arm. At the doorway, she guided her feet into silk embroidered shoes and then stepped out into the narrow alleyway.

No one was about except for a gutter cat. They slunk past each other, she walking quickly to avoid the prying eyes of her neighbors. Turning onto the street, she cradled per package close to her bosom. She made it all the way to the bus station without meeting anyone she knew.

A man gallantly gave her a seat on the bus, and she thought if he knew what she was holding in her arms, he wouldn’t have been so polite. But her mind, with the nimbleness of a gazelle dodging a predator, swerved away from the errand that lay ahead, and instead she lost herself in watching other people: a chubby cheeked toddler sitting like an emperor on his mother’s lap, she knock-kneed to keep him from falling between her legs; three schoolgirls in shabby uniforms and socks sagging at the ankles, their youth so painful she had to look away; an aged couple with hands folded in the same prayer-like way against their chests.

Lots of people got off at her stop. She swayed in the restless current of the crowd for a moment, before stopping a grandmotherly type with a humped back and tortured gait for directions. Pointed in the right direction, she joined the flow of pedestrians, arms crossed and shoulders hunched as she held her bundle close.

At the imposing glass doors, she paused for a moment. It was a typical August day, the heat clinging like a plastic film, and she was bathed in sweat. The door swung open and a man beckoned her in. “That way,” he said, nodding towards a long corridor that disappeared into the distance. “Third door on the right.”

Her sweated skin turned clammy, and she was deathly cold and burning hot at the same time. The man bowed encouragingly. “Go ahead.”

One foot in front of another, she proceeded past the man. But then her knees wouldn’t stop bending and she had to stop to regain control of her shaking legs. The bundle in her arm began to shift and warp, as if there were something alive in there.

There was something alive in there. Jiggling her arm, the woman resumed walking, the quick tapping of her best shoes echoing down the empty corridor. She paused at a door, her jiggling more frantic, before opening it just as the bundle began to bleat and squirm.

The nurse’s apron was so stiff with starch that it crackled as she held her arms out. Hastily, the woman parted the cocoon of cotton that swaddled the baby in her arms.

She kissed my cheek and let me go.

Alice Stephens Born in Korea, Alice Stephens was among the first generation of transnational, interracial adoptees. Her work has appeared in Urban Mozaik, Flung, Banana Writers, and the Washington Independent Review of Books, which publishes her monthly column, Alice in Wordland. She lives with her family and dog in the Washington, DC, area. Famous Adopted People is her debut novel. To learn more, please visit www.famousadoptedpeople.com.
Tags: Alice Stephens, Fiction

Sea Mothers
My child, we all become white-haired soon enough. 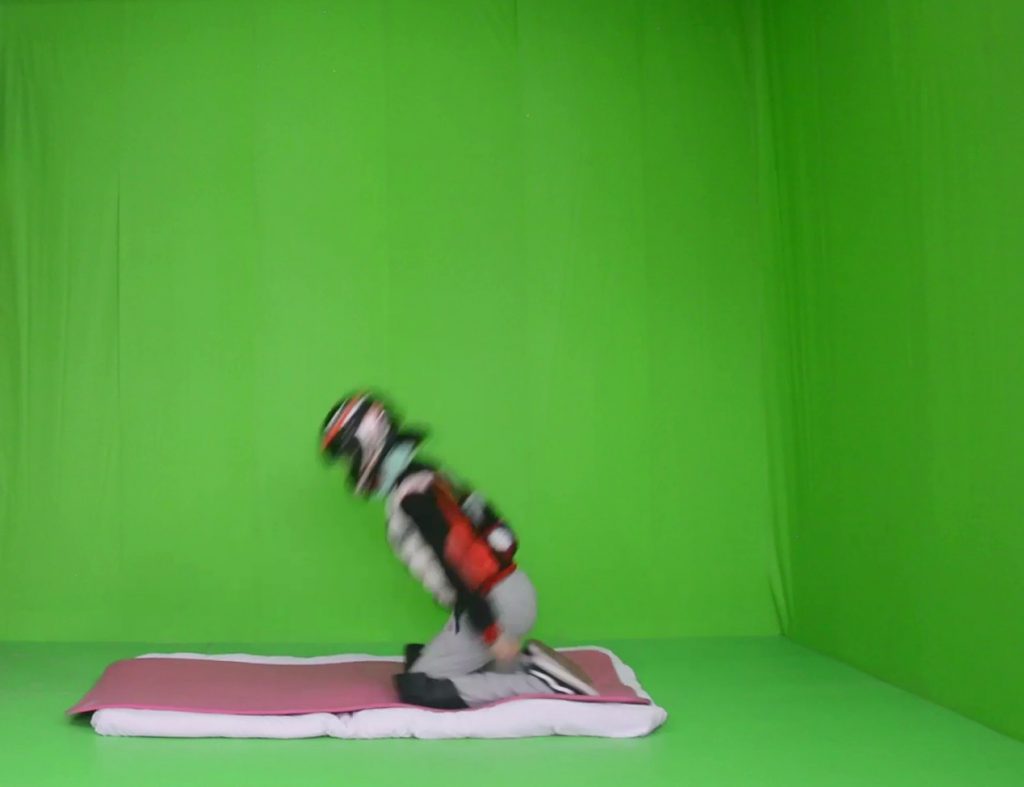 How to Become Invisible: An Interview with Stephanie Han
The award-winning writer talks about her new acclaimed short story collection, the anxiety of exile, and figuring out which narrative you belong to.