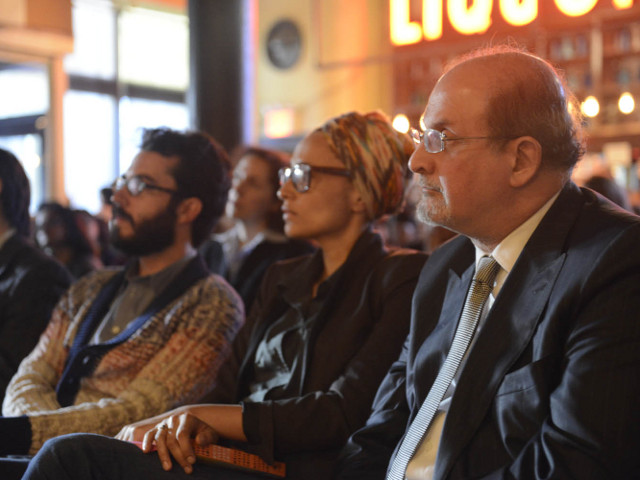 On Monday, May 6, the Asian American Writers’ Workshop honored Salman Rushdie with a lifetime achievement award. Early evening sunlight flooded the Varick Room at Tribeca Cinemas, casting a warm red glow upon a crowd that had gathered to celebrate the esteemed writer, his recent memoir, Joseph Anton, and the film adaptation of his most revered novel, Midnight’s Children.

“The atmosphere was one of revelry—grinning fans taking cellphone photos of themselves standing next to Rushdie,” wrote Rachel Riederer in Guernica magazine.

As the Wall Street Journal described the evening, Rushdie let down his hair. “It’s all sort of done with now, the book’s launched, the movie’s out,” he told them.

The celebration was a reminder not only of how his book has inspired several generations of novelists but also of how generous Rushdie has been to younger writers. “I have to say, it’s a little terrifying to be so influential,” Rushdie remarked after taking the stage alongside Amitava Kumar. “By which I mean,” he continued, “it’s really moving to have these wonderful writers come and share my work with all of you.” 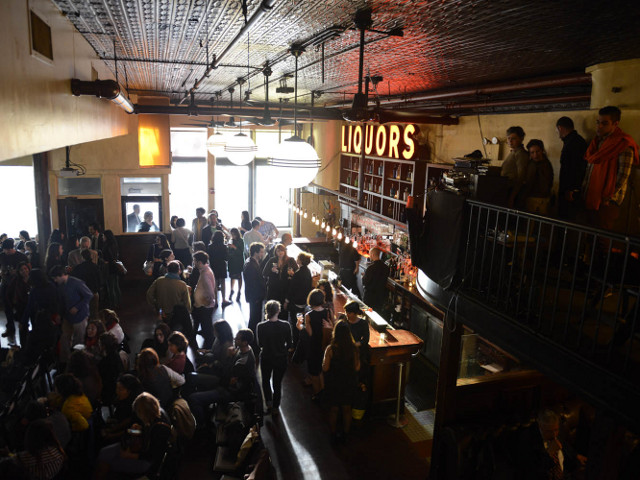 The writers in question—Jonathan Safran Foer, Téa Obreht, and Zadie Smith—had, one by one, stepped up to the mic to pay tribute to Rushdie and his novels by reading passages from or inspired by his work.

Foer had planned to read from The Moor’s Last Sigh, but his copy had vanished from his bookshelf. A few hours before the event his wife reminded him that the novel, signed by Rushdie years ago, was one of the first books Foer had added to a library he created for his first son just after he was born. Taken off his son’s bookshelf, where it was sitting next to several hundred children’s books, the well-loved copy, with its dog-eared pages and pencil markings, was now in Foer’s hands as he read from its final pages. 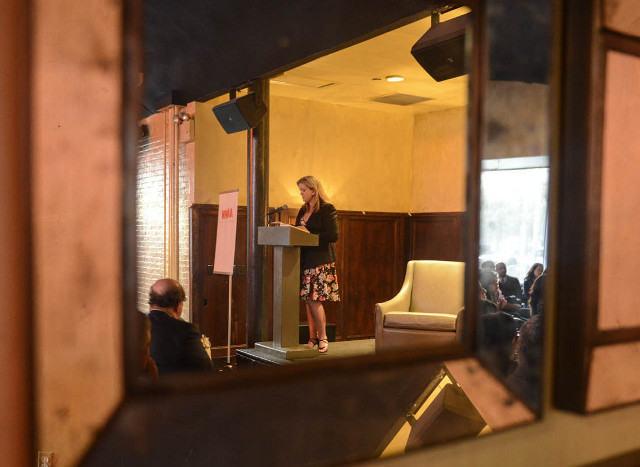 Téa Obreht and Zadie Smith both shared a similar attachment and tenderness toward Rushdie’s work. Remarking on the lines from Joseph Anton she had chosen to recite that evening, Obreht told the audience, “I read this passage a couple of months ago and it hit me—it blew my brain. I started three or four emails trying to express my gratitude, and it never worked out.” The best way to offer her thanks, she felt, would be to share the passage as she stood before Rushdie.

Zadie Smith recalled reading Midnight’s Children at the age of 16 or 17—at the time it was transformational, she said. “It just seemed to me that Salman had done something to the English novel—he’d opened it up and made it possible for other people to exist within it. That’s the book I would have read from tonight,” but instead, at Rushdie’s request, Smith read from her debut novel, White Teeth. She had written a short passage in the book as a kind of tribute to Rushdie—“because Rushdie’s influence was not just stylistic. It was an enormous event, and when I thought of 1989 I remember arguing with kids in my class who had wanted to make a violent symbol out of something that I had found very beautiful.” The lines she read evoked that very memory, and refer to both Rushdie and the 1989 protests in the UK following the publication of The Satanic Verses. 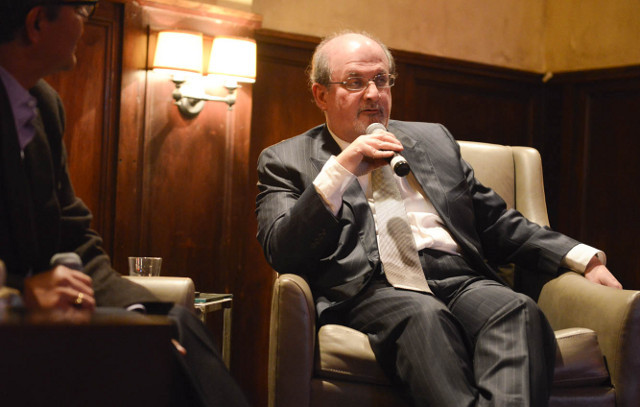 Rushdie’s conversation with Amitava Kumar jumped from talk of his literary influences—Rushdie admired E.M. Forster, who taught at Cambridge while he was a student there, but he saw in Forster something he didn’t wish to emulate—to the idea of writing as an act of love: “If you don’t love the world you’re trying to create, you don’t do it every well. Or you have to really hate it. That works too.” In response to a question about what it means to be an immigrant writer, he called on young writers not to be “caged by origin”—insisting that they push back against the idea that third world writers can only write about where they come from.

On the subject of awards, Rushdie dropped in a bit of humor. Amitava Kumar made mention of one of Rushdie’s recent late-night talk show appearances where he remarked that when you’re given an award, you can’t just say, ok, send it over. You have to make an appearance. “That’s why I said it’s not really an award—it’s a bribe,” Rushdie said, referring to the AAWW’s lifetime achievement award he would receive later that evening. “I’m happy to be bribed. Thank you for the bribe.”

The Aerogram captured some of their favorite quotes from the evening, including Rushdie’s memory of Thomas Pynchon:

“I met Thomas Pynchon—I had to review his novel Vineland for the New York Times.
Pynchon has this habit of dropping little verses into his novel. There’s a verse that
goes, ‘Fuck you mister/Fuck your sister/Fuck your brother/Fuck your pop/ Hey, I’m
a cop.’ Anyway, so I quoted him.

“When I met Thomas Pynchon—he remembered that—and enjoyed it. He was rather
great. We had a long dinner together and I thought we were friends. And then he
never called again.”

As Rushdie continued to share stories of his run-ins with famous writers, many in the crowd, whether perched on the edge of their seats or leaning against the mahogany bar, whipped out their phones just in time to live-tweet some of his more memorable and candid lines. Check out our storify page for a play-by-play of the evening’s conversations. 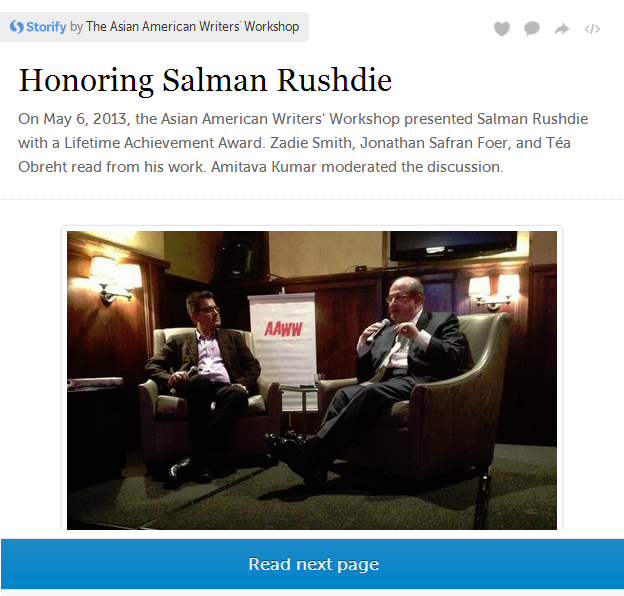