Asian American cyborg poetry, a rewriting of the historical legacies of the Vietnam War, reissues of Karen Tei Yamashita’s groundbreaking novels, and more from Asian diasporic writers this month. 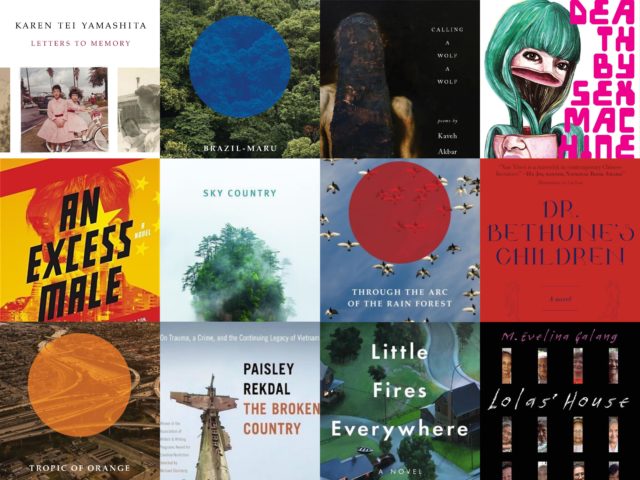 September brings some of the most anticipated book releases of the year from Celeste Ng and Kaveh Akbar, along with a new multi-genre memoir from Karen Tei Yamashita and— excitingly—reissues of three of her previous novels. M. Evelina Galang and Paisley Rekdal bring historical erasure and intergenerational trauma to the light, Franny Choi takes on the figure of the Asian American female cyborg, Maggie Shen King considers the possible dystopian futures of China, and more. 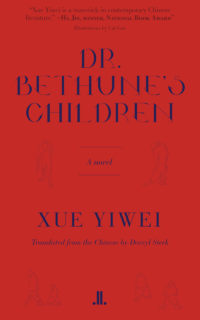 A collection of fictional letters to Dr. Norman Bethune, the Canadian surgeon who was valorized for his selflessness to the Communist cause by Mao, Dr. Bethune’s Children is the second novel by Xue Yiwei to be released in the US. “A maverick in contemporary Chinese literature,” according to Ha Jin, Yiwei explores the last forty years of Chinese history through the lives of two families impacted by Bethune’s unique legacy in China. (Linda Leith Publishing, Sep. 2) 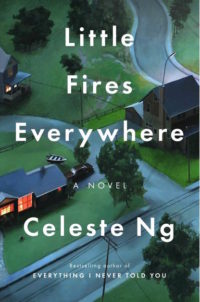 In her hotly anticipated second novel Celeste Ng returns to the suburbs of Cleveland, where the arrival of the enigmatic and rebellious Mia Warren and her daughter disrupts the comfortable suburban lives of their neighbors, the Richardsons. When Mia’s co-worker, a Chinese immigrant who abandoned her daughter, gets involved in a custody battle that threatens Mia’s carefully hidden past, the two families lives are forever changed. (Penguin Random House, Sep 12) 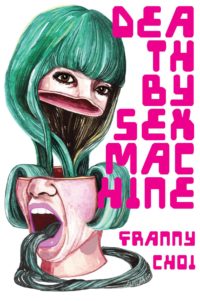 In her newest poetry chapbook Franny Choi skilfully interweaves the stories of Chi, from the anime Chobits, and Kyoko, the silent android from the film Ex Machina, drawing parallels between the alienation of Asian American women and the figure of the female cyborg. “Franny Choi’s poetry has the extraordinary ability to solder with tender focus one moment, then rage like electrical fire in the next. These lyric, blunt, and beautifully sheroic poems serve as cyborg rosetta,” wrote poet Francine J. Harris.
(Sibling Rivalry Press, Sep 7) 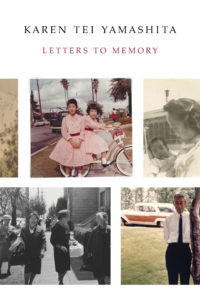 Drawing on conversations with academics and a deep dive into her family’s personal history, Yamashita engages with the complex histories and legacies of Japanese internment in America in her new book, Letters to Memory. A timely, thoughtful examination of an often unspoken period of American history, Letters to Memory is “a challenging, varied work, in moments deeply personal and impressionistic and in moments pulling back into a voice of epic omniscience.” (Coffee House Press, Sep 5) 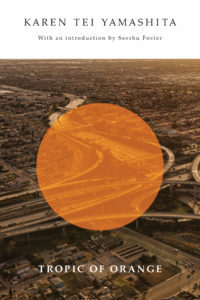 Tropic of Orange, Brazil Maru and Through the Arc of the Rain Forest by Karen Tei Yamashita

As a part of the release for Letters to Memory, Coffee House is reissuing three of Karen Tei Yamashita’s previous books: her Los Angeles magical realist apocalypse novel Tropic of Orange, the multigenerational saga of Japanese immigrants trying to create a utopia in 1920’s Brazil, Brazil Maru, and her absurdist black comedy Through the Arc of the Rain Forest. (Coffee House Press, Sep 12) 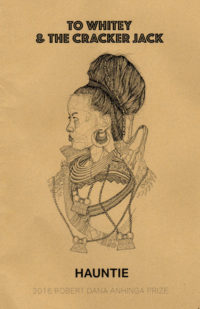 To Whitey & The Cracker Jack by Hauntie

The winner of the 2016 Robert Dana Anhinga Prize, To Whitey & The Cracker Jack is the debut poetry collection from Hmong American writer, May Yang, writing under the name Hauntie. “Alive with ancestral pain and steadfast in its dispossessed ferocity, Hauntie’s first collection of poems radiates with a wise rage transferred from generations before,” writes poet Mai Der Vang. (Anhinga Press, Sep 10) 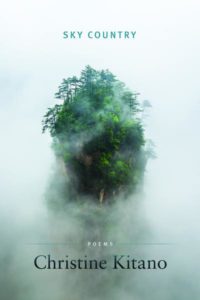 Christine Kitano excavates the immigrant experiences of multiple generations of her family, and the larger arcs of history in her second poetry collection, Sky Country. Ada Limón writes, “Kitano’s gorgeous poems remind us that we are always linked to immigration, to the women that raised us, and it’s through our own language that we do the honoring.” (BOA Editions, Sep 12) 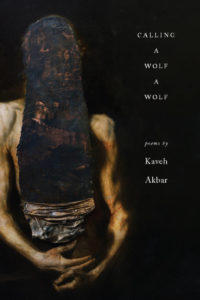 Calling a Wolf a Wolf by Kaveh Akbar

Kaveh Akbar makes his singular, exciting poetry debut with Calling a Wolf a Wolf. A masterful collection that tackles addiction, desire, God and the painful intersections of the three, Calling a Wolf a Wolf is one of the most anticipated poetry books of the year. Writes Eduardo C. Corral, “Kaveh Akbar has crafted one of the best debuts in recent memory. In his hands, awe and redemption hinge into unforgettable and gorgeous poems.” (Alice James Books, Sep 12) 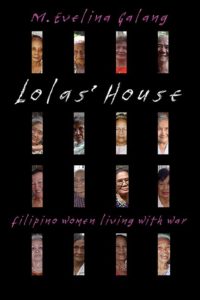 Writer M. Evelina Galang spoke with the remaining surviving Filipino “comfort women,” who were kidnapped by the Japanese Army and forced into sexual slavery during World War II. Drawing on research Galang has been conducting since the 1990’s, Lola’s House is an unprecedented work of testimony and witness. (Northwestern University Press, Sep 15) 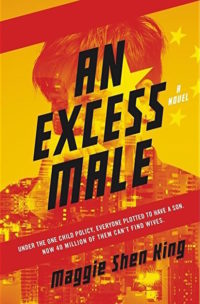 In this debut sci-fi novel, Maggie Shen King offers up a dystopian play on China’s one-child policy. King imagines a China in the near-future where the policy has unintentionally created an excess of young men, and only a few women. An Excess Male tells the story of one man whose desire to marry the woman he loves is threatened by the totalitarian demands of the state. Publishers Weekly called it a “thoughtful, heartbreaking debut [that] expertly explores the myriad routes to family, hope, and love in a repressive country.” (Harper Voyager, Sep 12) 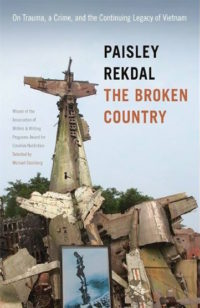 The Broken Country by Paisley Rekdal

The winner of the 2016 AWP Award for Creative Nonfiction, The Broken Country examines cases of violent crimes committed by immigrants and refugees, which Rekdal uses to explore the legacies of war and intergenerational trauma. Rekdal, who is the current Poet Laureate of Utah, combines investigative journalism, cultural criticism and memoir to talk about the historical memory of the Vietnam War, and how it has shaped the lived experiences of Vietnamese immigrants in America. Viet Thanh Nguyen called the book a “moving and often gripping meditation on the fallout of war, from violence and racism to melancholy and trauma.” (University of Georgia Press, Sep 15) 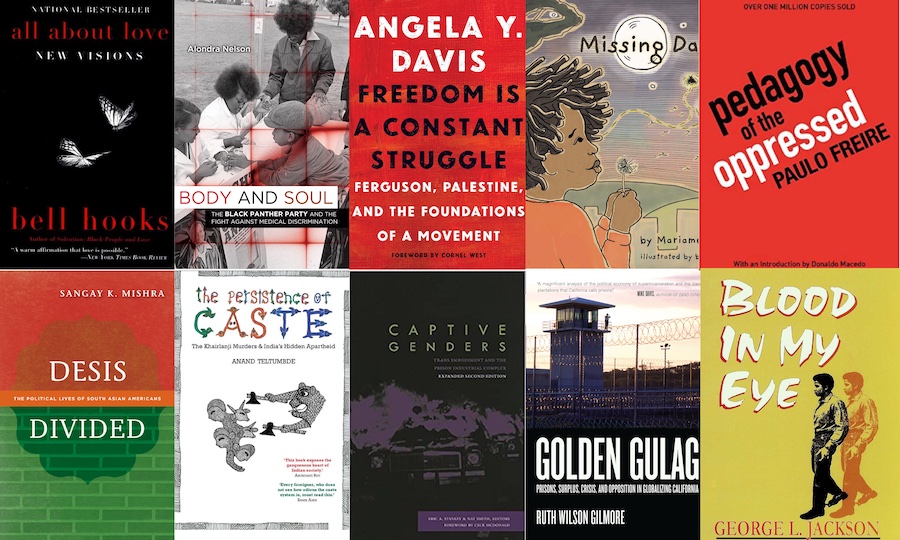 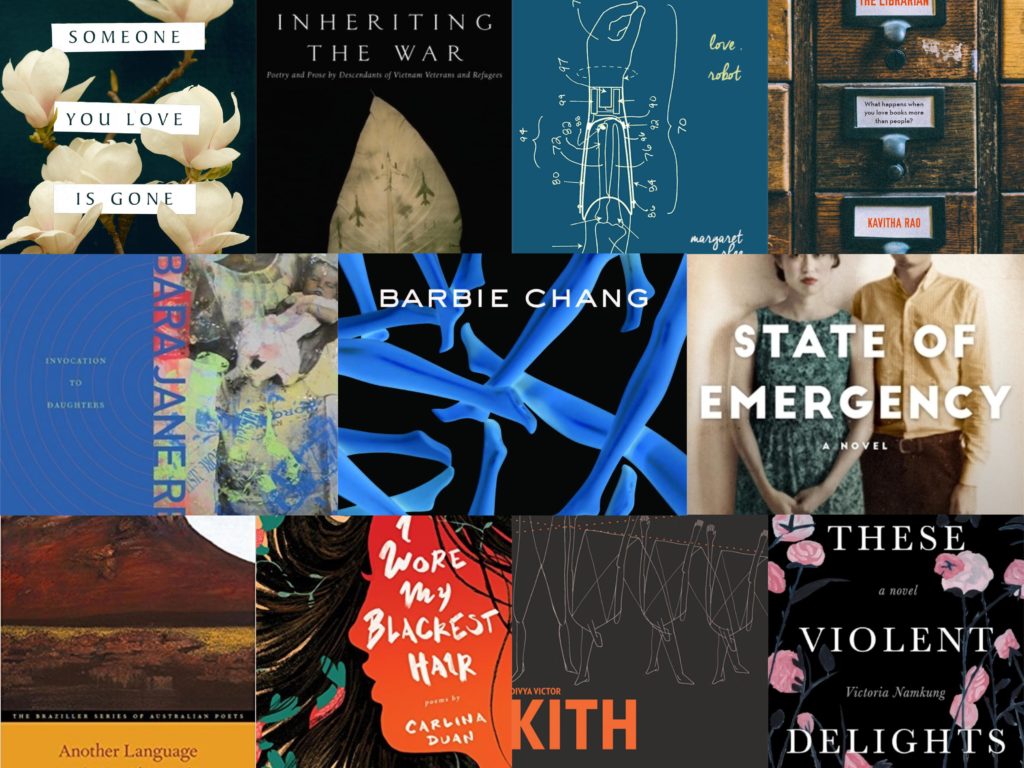