A love letter to the city that made me 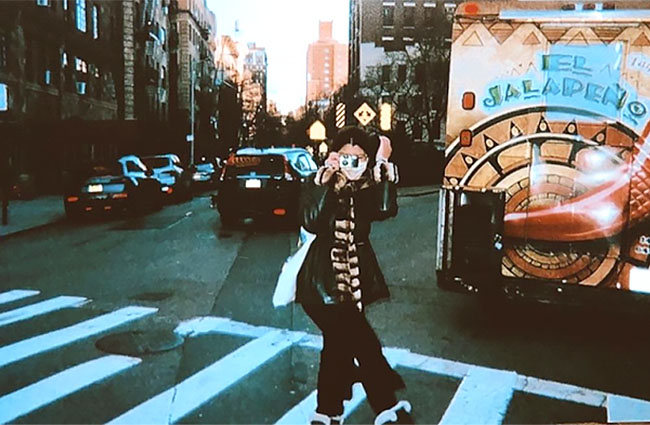 Good morning from the most beautiful city in the world. Not the type of beautiful in terms of architecture or landscape but the people, the culture, the energy! Ironically as I was writing this at a corner in Ralph’s Coffee, I was asked to take pictures of the same tourist sipping his coffee from different angles…twice. But even him and his twill sweater and botox makes New York what it is. New York is genderless, loud and unapologetically obnoxious. For locals and the dreamers, New York moves as one.

The city is slowly roaring back to life. I am back in school this week and sitting next to other graduate students who I’ve only met on Zoom has brought me the most joy. Although the air conditioning is set a few degrees too low. And I keep forgetting to pack lunch. And the projector screen fades in the Sunday afternoon sun…I’m still smiling behind my mask.

Just over a year ago, I was holed up in my one-bedroom apartment while New York City shut down. Like many others, my travel plans were canceled and while that was the last thing on my mind at the time, I now realize how much not getting on that flight impacted me.

Rewind a couple decades. Nine years old and I was brushing my hair, choosing what to wear to a school event and what I wanted for lunch. Being an only child, I was as independent as a nine-year-old could get. But I was not comfortable with my thoughts. I would find a way to pass the time–work on my little art projects, find neighborhood friends to play with, write make-believe stories about characters in a distant land.

But I would not do well if I was left to my own thoughts. If I thought about something bad that happened earlier, it would result in long hours of overthinking followed by a very grumpy child. So I never give myself room to feel. Until my school counselor suggested journaling as a way to deal with emotions.

As soon as I’d have a thought, I would write it down. It would help me process what I’m feeling. Since the 5th grade, I have been keeping a journal for every year of my life. I didn’t write everyday, heck I didn’t write most days. But it became an emotional outlet when I needed it and then right before my 21st birthday came, I was reintroduced to journaling – like an old friend.

My cousin and I planned a nine-day trip across Europe to celebrate the end of college. Every day leading up to the month of the trip, we would send each other a new place, a new restaurant we wanted to try and talk for hours meticulously scheming about what to eat in Barcelona to what we would wear on the gondola ride in Venice.

A few days before the trip, her visa application was rejected and all of a sudden I was planning to go to Europe alone. I was sad for her, anxious for myself and people kept referencing scenes from “Taken.” And that’s how I began my first solo trip. But for the first time, I chose to be with my own thoughts and everything I knew about solitude changed.

This is the most comforted I’ve felt in a while. Leaning against what feels like a trash can covered in graffiti, listening to an older man play a French song on his guitar. I took years of French and I still have no clue what he’s saying. But we shared a glance and he gave me a soft nod. I feel more connected to this man’s voice than anything around me.

Four years living in various cities and many solo trips later, I could no longer wait to book the next one. I was living another person’s life for a few days, meeting people and eating food I had never experienced before, but most of all, I was comfortable with my thoughts. I was more than comfortable, I sought it out. Solitude recharged my batteries and I journaled extensively.

I would take pictures of places and get disappointed because images did no justice. So in my journals, I began to describe where I was, the animated conversations around me, the bead of sweat trickling down my back and every single thing that would help me savor the moment forever. I also reflected on myself. This was dedicated time I took out of my life as a break to refocus. I wrote about my connection with God, my goals, how I was tracking towards my goals and if they were consistent with my values. I wrote about what I wanted to prioritize in my life then and what I dreamt of. I read these reflections once I was back home, each time they would transport me to a different part of the world.

Writing this from a moving bus cause I’m too busy taking everything in. Watching the Northern Lights from my window last night and the stars, I can’t describe it. I feel like I’m always being watched over by an other-worldly force. The arctic waves touched my feet this morning. “So which of the favors of your Lord would you deny?” 55:13

Finally, my mom told me one day that she saw the local bagel place opening back up. They did not open their doors entirely but we could now go up and get something to go. Something that was not an experiment in my kitchen. Finally. I stepped outside and took the bus to the city. I walked my favorite streets in the village. Stood in front of store windows where no one had been in months. Felt the bricks of my favorite building on West 4th.

I did not realize it the first time but my perception of New York had changed. It was no longer just home, it was my new place of reflection. Something I had previously only done in my solo travels. Now I saw the city with fresh eyes, people-watched intensely, and started taking myself out on more solo dates with my journal. I could no longer take a flight somewhere but I could escape in my own city. I went to the same coffee shops and hole-in-the-wall Thai spots but I ordered that thing on the menu that never looked good in pictures but tasted like it was made in someone’s grandma’s kitchen. We are encouraged to check things off our list, chase the next milestone and hustle till we make it. We are constantly in movement. I have learned to pause and appreciate the in-between moments.

I left my apartment tonight on the hunt for lo mein and a walk. The same helicopters I could see from my window just minutes ago now whirred over me, and a protest group a few blocks away. I left my airpods in my purse and intently listened to people that passed, leaving me with snippets of conversations and an occasional burst of laughter. Someone walked past with a protest sign tucked under their arm, asking their friend where they wanted to eat. Another person stopped to compliment the ornate lamps by my table. The patio tables at Chow House start to fill, some couples and a few friends.

I’m so excited for date nights with myself because it is not often I get the invite. My mind must really seek company when it decides to invite me into its stream of consciousness. I take another bite of my bok choy and watch more people. An older woman sits down across from me.

A thought pops up in my head.

You know when I’m old, I hope I’m still not. I hope I’m like that short-haired woman with the colorful floral jacket and a tote with a 2000’s reference only folks my age would understand. And perhaps the new twenty-somethings who appreciate “vintage”.

I walked across Delancey Street and glanced up to see the Empire State in all its glory. The world, for a second, stood still. Like everything existed for this moment. The sky was a beautiful blue, the buildings lined up neatly the way you would see in a postcard and I could not hear the traffic at that moment in time. But everything went back as quickly as it had stopped. A passerby who walked a little too closely brought me back and it reminded me to hurry along. As everyone always did in New York City.

Aaisha Bhuiyan is a program manager by day and a writer by night. Her work has been published on Forbes BrandVoice and featured on Susan Skog’s book “Your Voice Matters: Stand Up, Speak Out.” She is a 2021 Open City Fellow. 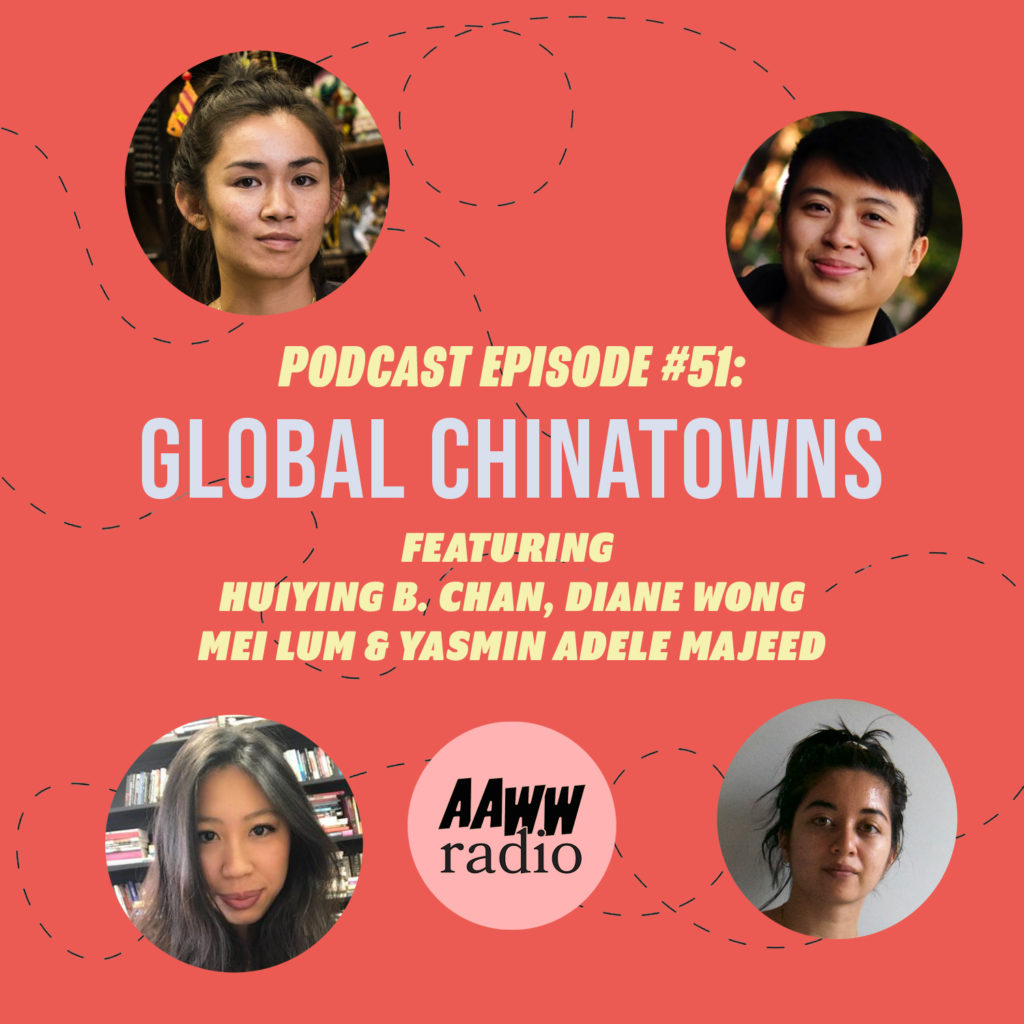 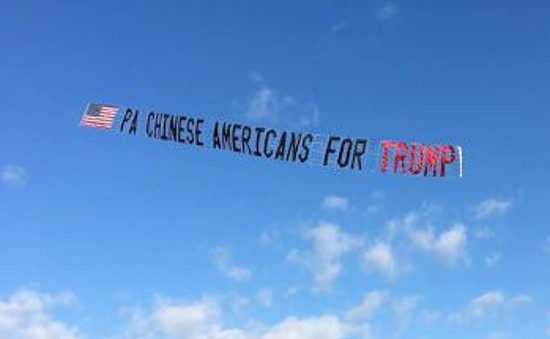