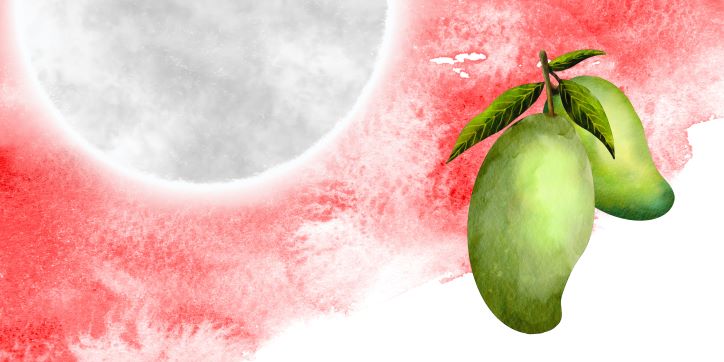 It was the middle of the night; we were asleep. They shook us awake. Under the moonlight, I saw their three silhouettes, one for each of us. We were so confused that we didn’t say anything when they led us out of our beds, walked us into our kitchen, gave us our own food to carry: sacks of rice, wrapped pieces of meat, a bunch of green mangoes. Food we would have cooked to celebrate my twelfth birthday, which was in a few days. Instead, we stared—at the bundles in our arms, at each other, at our surroundings—like we were the strangers, not them.

After dividing the food up between us, one of the men raised his eyebrows and jerked his head towards our front door.

The gesture itself could have taken up half a second, maybe less. But that was what woke us up. Mama gasped. Ate dropped her arms, spilling everything. I looked at my feet. I couldn’t put together the words to say, Who are you? What are you doing here? Why are you doing this? So instead I asked, Can I put my slippers on first?

This woke them up, too. They said something back to us in a language that we didn’t know. We raised our shoulders and shrugged. Said, We don’t understand. The same man who had jerked his head tilted it in the direction of the front door. He jerked it again.

Next to me, Ate mirrored his deliberate movements. I imagined the tip of her nose tracing a curve as her head swiveled into a slow, silent No.

The man’s right hand shot out from underneath the gun it was cradling. He grabbed her and dragged her. It happened so quickly that by the time her hands moved to untangle his fingers from her hair, he had already opened the front door and flung her to the ground. He kicked her: One. Two. Three. Four. Five. Six times. When he turned around, he looked at me, then at Mama, as if to say, Do you understand now?

Next to me, Mama wailed. She said, Anak ko, Dios ko, anak ko.

But she didn’t stop. Instead, she screamed for Kuya and for Papa. She forgot that it had been two days since we last saw them—two days since the attack at Mapaniqui. I didn’t wait for her to remember this. I grabbed her arm and pulled her.

Once we were all outside, the man who kicked Ate lit a match and tossed it. For someone who was in a rush, he wanted us to wait, to watch, to make sure that—oh, yes, those are flames.

They directed us with their guns. I didn’t ask where we were going. I held Mama up, helped her carry the things they wanted her to carry. Now that there was no door to throw us out of, I could only imagine what they would do to punish us. We saw a woman stumble, saw the bayonet fall into her throat. No, no questions. Just keep walking.

They never did let us get our slippers.

The sun rose, and I still couldn’t tell where we were. I didn’t notice the men in front of us slowing down until they turned right and walked through an open gate. That’s when I first saw it. I had heard about this place, about how some rich mestizos had had it built with ridiculous requests. Red roof, red walls, red steps. Red everything. Bahay na Pula.

They directed us down a path and through some double doors. Inside, the only furniture was a set of church pews that faced each other. Next to them was a staircase with iron posts and a wooden handrail.

The man who had woken me up walked next to me. He motioned for me to put the food that I had down on the ground. I looked at Mama and at Ate; he shook his head no. His hands were still on his gun. He aimed it at the staircase.

As I ascended the stairs, I saw that there were marks, half-moons, dug into the meat of the wood. Parts of the railing were missing. When I reached the top, he shoved me towards a closed door.

Behind me, a cacophony.

They tore us apart. Tore me apart. Said I was the favorite. Said for me to be good so I could see Mama and Ate again. Said it for so long, I wanted to believe it.

I tried to leave once, only once. The sun had just begun to set. I ran outside the room and down the hall. I saw how many of them were downstairs. I knew I wouldn’t make it outside, and even if I did, I wouldn’t make it past the gate.

I ran to the bathroom. Two breaths and they found me inside the tub. They summoned a Makapili to translate. Even here, he covered his head with a bayong; he watched me through slits. He said, Why didn’t you just say something if all you wanted was a bath? He said if that was all they needed to do for me to behave, then the Imperial Army would be more than happy to oblige.

He did not see me lunge. The bayong fell apart in my hands, and for once, it was a man’s scream that escaped through the windows.

Then I got my bath after all. I remember counting the seconds underneath all of that water. One. Two. Three. Four. Five. Six—

Stephanie Cuepo Wobby is a Filipino American writer and a former US Army combat medic. Her work has been published in Guernica, Off Assignment, and the Point, among other publications. She is a recent graduate of Columbia University’s MFA Writing Program. 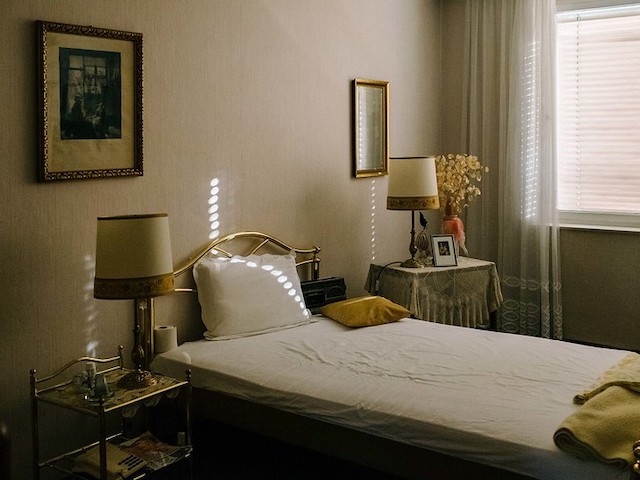 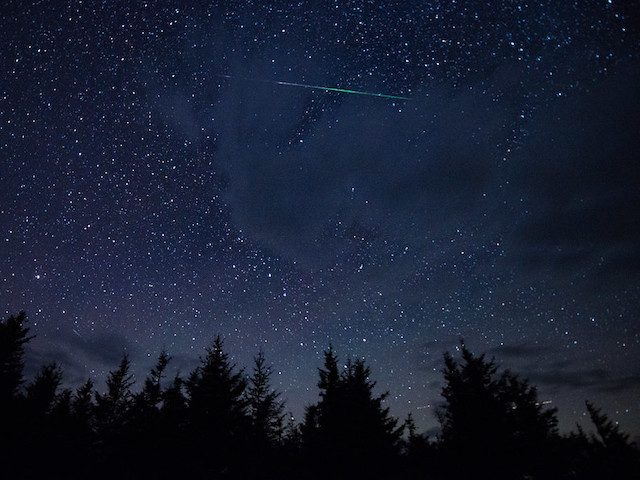