She should moisturize more often, drink at least three liters of hot water with lemon each day, and wear silicon sheet masks to bed to hide the stigmata of a woman who was everything. 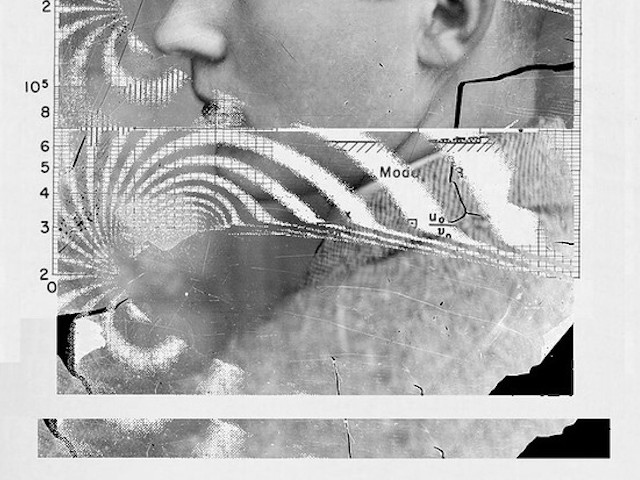 There once was a woman who was a flashlight. That’s right, a flashlight. A sturdy hunk of a thing, neon yellow, filled with four AA rechargeable batteries, and a loop at the back end for slinging through a carabiner and onto a belt. The next day she was a table. A heavy glass of chocolate milk rested on her lower back leaving an icy ring on the unvarnished mahogany. Luckily, she wasn’t the chair. The few times she had cradled the fat bottom of a hot-skinned man, she wilted beneath the pressure, and wished she had the sense to sprout thick legs of wrought iron instead of wobbly Formica spikes.

The morning after she had spent the night as a ball gag, she cycled slowly to work, slipped into her cubicle, and smoothed the pleats of her chiffon skirt as she sat. A new garter belt dug into her waist, the tension of the elastic a reminder that today she had skin; today she was what they expected of a woman: epidermis and sinew and springy blood vessels; not a hard blob of orange plastic, steel rivets and faux-leather straps.

Her sides hurt and pinky toes throbbed. She tousled her bangs to cover the teeth marks lining her forehead. She should moisturize more often, drink at least three liters of hot water with lemon each day, and wear silicon sheet masks to bed to hide the stigmata of a woman who was everything.

She had two reports to proofread and submit before noon, but the flight reservation she had made the day before would expire in thirty minutes. She needed to hear from Simran before she confirmed and paid. Simran, who was exiled to Nicosia for cavorting as a Bible inside a strip club and posting the pictures on Facebook, was probably sunning herself on the edge of the Mediterranean, too busy to text her aunt. Or was she a warm pebble unable to record a voice note? Perhaps she was an acre of dancing seagrass or a jellyfish floating in the surf.

She was in two minds about taking a vacation. What if she became a seat cushion, or worse, one of those blankets dragged across the floor and stuffed into musty cavities all over the cabin? The time she was an oxygen mask, a meaty-handed air steward shoved her so aggressively into a plastic cabinet that she yelped like an injured cat all the way to Martinique. Her sinuses were messed up for months, all that cold air hissing through her holes dried out the mucus membranes.

It wasn’t always like this. She used to be stable, one shape, a single thing. A weekly night class in metaphysics at the Church of Shanti Om proposed that everything is a vibration and the world is made of atoms that are mostly empty space. Mountains, clouds, footwear, all made of buzzing atoms filled with air. I need you to picture it, Priestess Sharon had said. Each compact nucleus is surrounded by rings of electrons, whizzing around like little moons. A brick is the same as a tooth is the same as a Chanel purse is the same as an umbilical cord. Everything is everything. We are all one. You can be anything!

She had collected her certificate at the end of the six-month course and gone out with the girls for prickly pear margaritas at the strip mall opposite the church. The salted rim of the glass seemed to shiver. Flecks of salt floated in space. The pinkness of the cactus fruit tasted pinker than before. Did the salt smell saltier or less salty? She stretched out her tongue to examine a grain of something at the tip, and a foot of fruit leather, probably raspberry, unfurled and dipped into the margarita. She slammed it back into her mouth, swallowed the lot, and mumbled goodbye.

At home, she slowly opened her mouth in front of the bathroom mirror to find a small Spanish guitar where her tongue used to be. She shrieked in A minor, sat on the edge of her bed and sobbed the chords to “Papa Don’t Preach.”

Shouldn’t the realization that she could be anything, absolutely anything, liberate her? Perhaps she could be a bird or a plane or a Palestinian flag flying proudly from the Texas State Capitol. But she couldn’t choose what to be or when to become it. Some Higher Power, possibly a man God, was fucking with her atoms.

The final straw was not actually becoming a straw but the liquid sucked through one. He was pubescent. He wore Invisalign retainers and had halitosis. To become a lukewarm Starbucks Frappuccino. Of all the horrors. She lost her shit. She sobbed into the crushed and melting ice. She. She nothing.

If Simran had texted maybe she would have booked the flight and her atoms would have been in some different part of the office, near the printer folding copies of her e-ticket, not near Margaret’s son who was visiting his mother.

She had never been consumed this way. To be slurped was to be made into a musical instrument that she herself could not play. She jostled next to day-old Twinkies and strings of still-dissolving snot. She couldn’t bear thinking about the next segment of her journey.

She thought of Simran, dipping a toe or a frond into the warm sea. The boy belched. She kicked herself for all the times she had gone along with it when it was slimy or raw or rough or not rough enough. Frappuccino bubbles emerged from the soup of gastric juices and the boy belched again. She simmered and frothed and agitated his gastric lining. The boy exhaled a gassy sigh. Either through a nostril or the mouth, definitely some way through the gullet, she emerged as cool and clear as air. A nucleus, electrons, and all the space between.

Seema Yasmin is an Emmy Award-winning journalist, medical doctor, and author. A fiction fellow of the Kundiman and Tin House workshops, her poems and short stories have been published in anthologies and magazines including The BreakBeat Poets Vol 3: Halal If You Hear Me, The Georgia Review, The Literary Review, Foundry, The Los Angeles Review, and others. Yasmin is the author of Muslim Women Are Everything (HarperCollins 2020), and the forthcoming poetry collection If God is a Virus (Haymarket 2021). She teaches science storytelling and health journalism at Stanford University. 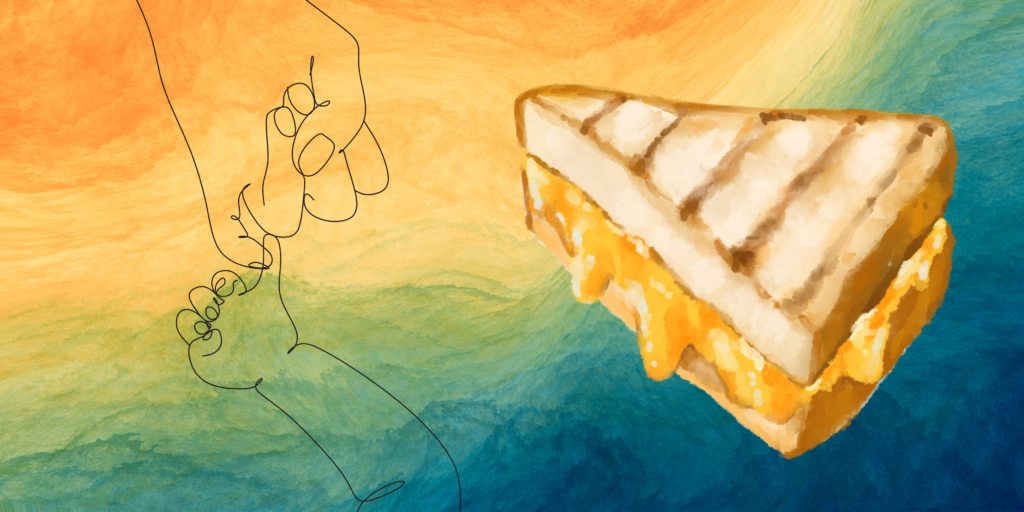 Top Nanny, Season 5
They say most of her followers are moms. 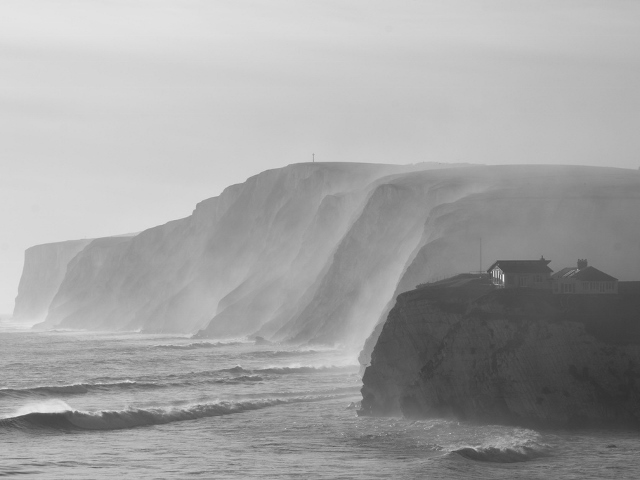 Sea Time | from The People in the Trees by Hanya Yanagihara
"It had always been that one of Norton’s fondest dreams—the dream, I think, of many brilliant and overextended men—was that one month, or one year, he’d find himself in a warm place with absolutely no commitments." 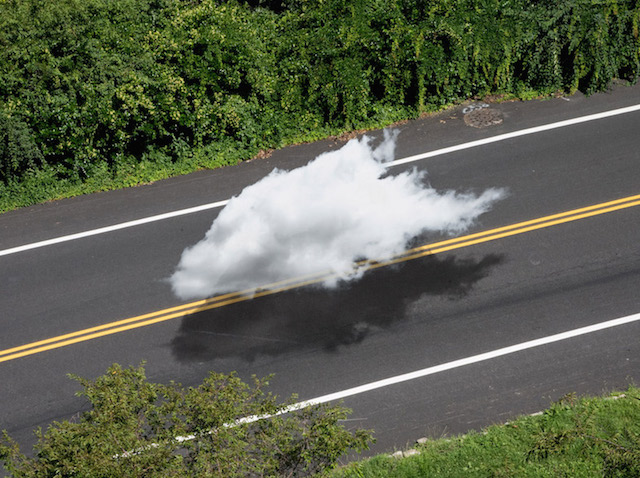 Empty Altars
Văn An had neglected ritual, not realizing that this was a land now full of ghosts left too long unmoored. That there might be consequences for forgetting to fear.