US immigrant law’s influence on the “model minority” myth, “giving circles,” and a WWII veteran/rebellious photographer

This was the last week for many of our summer 2015 interns at the Workshop (We miss you all!). Thankfully, they left us with some great links for this week’s Link Roundup. Enjoy!

Professor Jennifer Lee “debunks” the “model minority myth” in an interview about her book The Asian American Achievement Paradox. She delves deeper into immigrants’ processes of assimilation to American culture, factoring in the “starting points” for immigrant families. Though this stereotype still persists, there are many immigrant communities in the US that aren’t as privileged and are in need of community support. Organizations like the Los Angeles Asian Pacific Giving Circle and the Japanese American Cultural & Community Center seek to provide that. While doing so, they break down the myth of Asian American immunity to “setbacks,” illness, and poverty.

More happenings in LA, World War II veteran Susumu “Sus” Ito reflects on his photographs taken during the war, now exhibited at the Japanese American National Museum in Little Tokyo. To add, soldiers were prohibited from documenting the experience, but he “like[s] to break the rules.” (We love rebels!)

More on the the cultural practices of love and marriage (and sex), a New Yorker writer observes the Chinese lingerie business in Upper Egypt. He explores the business’s role–the place sexy clothing has–in the conservative culture among Muslims and Coptic Christians, post-Mubarak.

This week’s Link Roundup is curated by Editorial intern Holly Hensley. She is a student, poet, and memoirist at New Jersey City University who loves Twin Peaks waaay too much (and often wishes she was the vivacious Audrey Horne). Her poetry is published in PATHS, NJCU’s student-run literary journal.

Alan Chin’s Toishan
A photojournalist returns to his ancestral home to capture what is left of a long history of migration between China and the US. 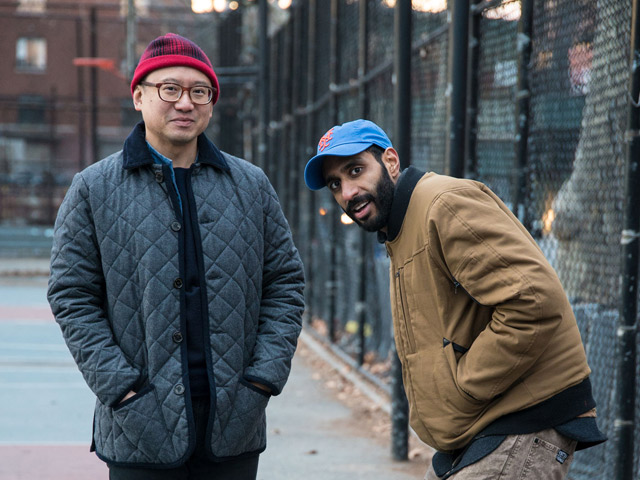