The internet’s foremost comic book emcee joins MC Lars and Math The Band at The Knit.

Eugene Ahn, better known by his emcee alter ego Adam WarRock, makes what he calls “indie nerdcore pop cultural emo hip hop.” His story is as unlikely as it is inspiring: Two years ago, while juggling a number of creative pursuits with a career as an employment law attorney, he decided to throw in the legal towel and take on nerdcore full time.

True to his name—a play on the Marvel Comics character Adam Warlock—WarRock finds much of his subject matter in the comics he’s been reading since he was a kid, though he’s also rapped about Ira Glass and, most recently, homophobic Chick-fil-A president Dan Cathy.

Last year, he and collaborator Mikal kHill put out one of the most celebrated releases of 2011: The Browncoats Mixtape, which took its subject matter and sonic palette entirely from Joss Whedon’s space western TV series Firefly (as well as the movie version, Serenity). You can download it, along with everything else he’s recorded, most of it for free, here.

This August WarRock will be on tour for a month-and-a-half, hitting Brooklyn twice—the first time on August 10 at the Knitting Factory, where he’ll join post-punk laptop rapper MC Lars and Nintendo rockers Math The Band.

I caught up with WarRock, who lives in Memphis, as he was preparing to head off for the first stint of his tour: the Nerdapalooza Festival in Orlando. 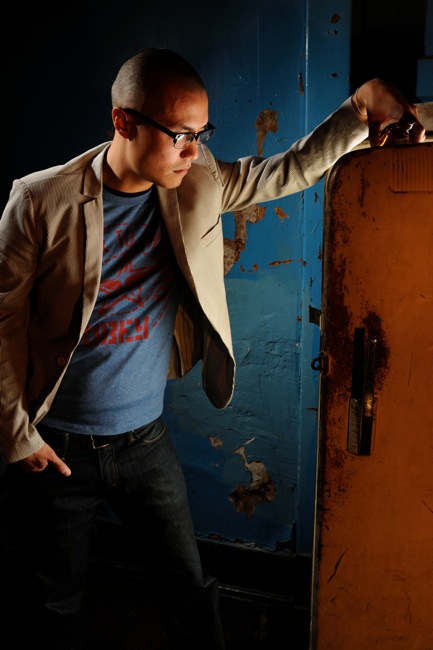 Adam WarRock: I have to give full credit to my frequent collaborator Tribe One, who really came up with the initial idea of Silver Age Hip Hop, or at least the term. We’re both into comics, and the delineation between the Golden, Silver, Bronze, and Modern ages of comics is a categorical discussion that all nerds have at some point. At the same time, I’ve always been really interested in eras of hip hop: Golden Age and Modern and any other permutation of it. I think a lot of hip hop heads grow up with an idea of what hip hop is, not really aware that it, like any other musical genre, is going to evolve and change. It’s a shame that a lot of people who are so indie-obsessed might avoid a lot of pop rap, modern bounce rap, or party rap. There’s some really fascinating stuff happening, and with groups like Odd Future, Das Racist, Danny Brown, Waka Flocka, all those guys—say what you will about their music, it’s probably not for everyone—but they started this weird trend back towards a more punkish, and true “indie” style of rap that is mixed with this modern sensibility. It’s a lot more open for people to do whatever they want, and I find that very refreshing, especially after a decade-plus of a TON of indie groups that sound exactly the same.

GS: As a self-proclaimed hip hop gourmand, what do you find most exciting and inspiring in the current landscape?

AW: I love Shad from London, Ontario, especially his lyricism and positivity. I love the dynamic and family style of Doomtree and all its members. I listen to K.Flay probably more than any artist out there. And of course, I take inspiration from the peers I make music with: ThoughtCriminals, Jesse Dangerously, Dual Core, MC Frontalot, and other nerdcore guys that I enjoy both musically and personally.

GS: One of the earmarks of nerdcore or DIY or any sort of somewhat-under-the radar hip hop of the last decade or so has been a return to the piling on of samples—one of the (admittedly many) things that made certain late 80s rap (Public Enemy in particular) so mind-blowing. Do you find yourself drawn to this at all as a creator and, if so, are there any tracks you’ve done where you really pulled out all the collage/homage stops?

AW: I think with our generation, it’s less about Bomb Squad style sampling (which I love), and more about … uh, can I say stealing? Let’s say “sampling,” in the sense that internet culture is all about co-option and interpolation. It’s like the Creative Commons movement: There are beats and vocal samples and any- and everything available at the click of a button, and there’s art to be made with them, and I think we—the people who grew up with the emergence of memes and Photoshop and mash-up culture—see a whole new playground to do what we want. We don’t do it to steal; we don’t do it to profit off of others’ creations; we do it because music is an internalization and creation of a separate entity, even if it encases certain elements taken from others’ things.

I’m always ready for someone to complain or send a cease-and-desist letter to get me to stop. Most of the time, when people find out I’ve done something with a sample, property, or beat, they’re actually excited to see it made into something new. I know that when someone uses my songs to make videos or whatever, I’m thrilled (someone once used my song to make a My Little Pony fan video; it was totally amazing). I make sure to never sell anything that isn’t some sort of original production; and I hope people know that we mean nothing sinister by it. This is just the canvas and paint that we know.

GS: One of the striking things about your live performances—at least those that have been posted to YouTube—is the disarming quality of your stage presence. It’s really refreshing, and the extent to which you pretty much ignore the “fourth wall” really seems to lead to a more genuine, deeper connection with the audience. That said, are you thinking about doing anything special at the Knitting Factory—maybe visuals, video of some kind, or something else you’ve been jonesing to experiment on stage with? 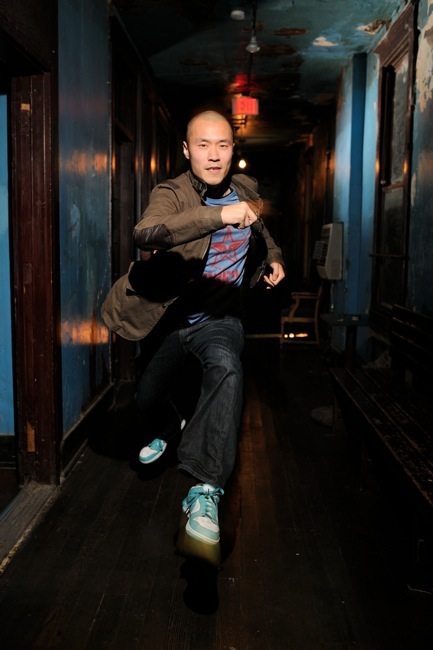 AW: Thanks! It’s funny, I’m always shocked that people think my stage presence is strong, because to me, it just seems like I’m babbling like an idiot. I used to do these shows with comedians back when I first started, because I couldn’t book anything else. I was literally performing in packed theaters as people sat in their seats, quiet, just watching and not reacting at all. I learned quickly that you have to engage the audience, to an almost obnoxious degree, to make an act work. It always bothers me when acts don’t banter more. I can hear your music at home; I want a piece of the person behind the music at a live show.

At the same time, I’m from a very old school of rap performance. I believe that the music should stand on its own. I don’t begrudge anyone for using videos or doing crazy stuff on stage—guys like Willie Evans, for example, have used video to create really dynamic live performances. But most of the time, I just rap in a T-shirt and jeans. I hope that I can engage someone without a ton of pyrotechnics going on around me. I don’t know, maybe if I had the budget, I’d put a fog machine in there. Or lasers. Or tigers. Who knows. But for now, I think rapping is enough.

GS: Want to take a moment to rant about Dan Cathy? I loved the anti-Chick-fil-A rap, by the way.

AW: I’m pretty sure I said everything about Chick-fil-A that I needed to say in that song. It’s not like I didn’t know that Chick-fil-A was insanely conservative or anti-gay before, but it was just seeing all the press coverage on Cathy’s statement. The song was not so much a response to that official statement—which, let’s face it, was not surprising—but more just my reaction to seeing so much news about Cathy and reading the homophobic comments. It bothered me. And once in a while, I will make a stridently political song.

GS: You’ll be in New York next week. Any rappers or comic artists you’ll connect with?

AW: When I go to NYC, I hit Forbidden Planet [comics] and Strand Bookstore, and go sneaker shopping in SoHo or the Lower East Side. As for people to connect with, there’s too many to name. I love performing with Schaffer the Darklord when I play Brooklyn [this year, September 8, at Grand Victory]. He really is one of the best performers I’ve ever seen. And I’m good friends with the Johnny Wander webcomics guys, and always try to hang out with them.

GS: What else is keeping you busy these days?

AW: I’m playing a lot of Spelunky on XBox live, and consequently getting very angry with Spelunky. I’m watching Disney’s Gravity Falls—I am obsessed with that amazing show. And I do a lot of karaoke in Memphis with my friends. Professionally, I’m working on a new mixtape that will probably surprise a lot of people because of its subject. Me and Mikal kHill are doing the Slytherin House Mixtape, our follow-up to the widely popular mixtape we released last year. And then, I’ll be working on the next album, which right now is tentatively titled “Series Finale.”

This tour is the last thing I’ll be doing before I hunker down and work on the next album, which should be the hugest endeavor I’ve ever taken on. Everything about this album will be bigger than anything I’ve done in the past. Great, now I’m nervous.

Check out Adam WarRock, with MC Lars and Math The Band, at Knitting Factory Brooklyn on August 10.

From Laundromats to Radiolab: Jad Abumrad Peers into Thao Nguyen’s Old Soul
“The first real song I wrote was a book report for Lord of the Flies.”