I don’t remember the first time I heard about Vincent Chin’s murder. And I’ve lost count of how many times I’ve retold the story. With the Asian American college students I’ve worked with—many of whom are thinking through Asian American history and activism for the first time—Chin is often one of the first things we talk about. There’s something emblematic of the Asian American experience in Chin’s murder: the shifting sense of safety and belonging, the looming violence behind too many microaggressions gone unchecked (“all you Asians look alike!”), the xenophobia that brews beneath economic recession. What’s easy to remember, though, is the power—the kind derived from a sense of mournful purpose—that hearing, and telling, Chin’s story evokes.

This week marks 35 years since Ronald Ebens and his stepson Michael Nitz, encountered a young Chinese American man celebrating his bachelor party in a Detroit strip club. Auto workers who were out of a job, Ebens and Nitz saw reflected in Chin’s East Asian face the booming Japanese auto industry they blamed for their unemployment (“It’s because of you little motherfuckers that we’re out of work,” a witness recounts Ebens hissing at Chin). In a toxic stew of racism, xenophobia, testosterone, and alcohol, a short scuffle in the club led Ebens and Nitz into a late night hunt for Chin. When they found him at a nearby McDonald’s, they held him down and brutally bludgeoned him with a baseball bat, placing him in a coma. Chin would succumb to his injuries four days later, on June 23, 1982. His would-be wedding guests instead ended up attending his funeral.

When Ebens and Nitz’s trial handed each of the two white men a mere three-year probation and $3,000 fine, Asian Americans across the country had to sit with the discomfort of seeing their justice system put a price tag put on their heads. “These weren’t the kind of men you send to jail,” wrote Michigan Judge Charles Kaufman brusquely in a letter to a Detroit civil rights group protesting the decision. The verdict reignited the flame first kindled by the Asian American Movement of the long 1960s, with a uniquely pan-ethnic coalition of Asian American activists pushing federal prosecutors to bring civil rights charges against Chin’s killers. Ebens was given a 25-year prison sentence for violating Chin’s civil rights, but the sentence was overturned on appeal. Ebens and Nitz never spent a day in jail.

Today, we are told to carry on the old rallying cry, “Remember Vincent Chin!” And for Asian Americans in social justice spaces, we fulfill the call. Through retellings in campus workshops, community film screenings, and protest signs, Chin’s murder has taken on a folkloric feel, the details familiar like the grooves of a well-worn record. But to remember, as to resist, is not static—it is a living, growing thing. As we mourn the loss of a young man in whose face so many of us see our own reflected, we must ask: for what, and for whom, do we remember Vincent Chin?

When former NYPD officer Peter Liang was charged with manslaughter for the shooting death of Akai Gurley, his supporters were quick to cast Liang as a modern-day Vincent Chin, more proof that the justice system has it out for Asian Americans. It was a narrative that members of Chin’s family were quick to disrupt. As Chin’s niece Annie Tan wrote during the height of Liang’s trial, “Vincent Chin has far more in common with Akai Gurley than with Peter Liang.” The fight over Chin’s memory is a reminder that remembrance cannot be passive. We must place Chin’s memory firmly alongside the struggles of other communities of color, or risk the co-opting of Chin’s name in service of an isolated narrative of East Asian victimization that threatens to derail multiracial movements for justice, from fights for affirmative action to campaigns against police brutality.

Marking 35 years since Chin’s murder means revisiting the question: what does justice look like? When Chin’s murderers walked free, activists were quick to point out that the justice system had failed us. And yet, advocacy surrounding Chin’s death centered on prosecutorial and punitive solutions within that same system: a civil rights appeal after Ebens and Nitz got off with a slap on the wrist; a suit to ensure, thirty years later, that Ebens pay the civil judgement award he owes the Chin estate; a push for the federal government to enact harsher hate crimes laws in the name of keeping targeted communities safe. The notion that justice means putting the offenders in prison for as long as possible has largely gone unquestioned.

In 2012, Thomas Perez (then Assistant Attorney General for the Civil Rights Division at the U.S. Department of Justice) pursued the same line of reasoning when he marked the 30th anniversary of Chin’s murder by tieing Chin’s legacy to the 2009 Hate Crimes Prevention Act. For many still mourning the miscarriage of justice in the trial of Chin’s murderers, the invocation may have been seen as a victory—an acknowledgement that Asian Americans could finally enjoy the full protections of the state. And yet, many radical queer, trans, and POC organizations criticized the legislation for bolstering the same prison system that already disproportionately impacts Black, Latinx, Native American, and LGBTQ people. Citing studies that hate crime laws don’t deter or prevent hate violence, and instead further criminalize young people of color, the Sylvia Rivera Law Project wrote: “Increased incarceration does not deter others from committing violent acts motivated by hate, does not rehabilitate those who have committed past acts of hate, and does not make anyone safer.”

When our engagement with the state as a legitimate arbiter of justice in cases of racist violence loses sight of these realities, we risk strengthening the anti-black underpinnings of the prison and policing system in our pursuit of carceral justice. We cannot allow Chin’s memory to be co-opted into a narrative that prisons and police will solve the issues of systemic violence and bigotry that our communities—and those we seek to stand in solidarity with—face. As Virginia police rush to assure us that the murder of Nabra Hassanen was an issue of “road rage” rather than hate violence, as the family of Philando Castile mourn yet another miscarriage of justice in the acquittal of Officer Jeronimo Yanez, and as Seattle police push a narrative of criminalization in the encounter that led to their murder of pregnant Black mother Charleena Lyles, we must reject the premise that safety for East Asian Americans means deeper investment in a state openly waging war on Black, Muslim, queer, and trans communities. As our blood boils that our courts declared Ebens and Nitz “weren’t the kind of men you send to jail,” we must reckon with the fact that, according to the same system, neither was Peter Liang. Playing by the rules of engagement of the carceral state may mean short-term safety for East Asian Americans, but it leaves little room for Black liberation or freedom for Muslim, South Asian, and Southeast Asian Americans with whom we have pledged pan-Asian American political allegiance in the wake of the movement catalyzed by Chin’s murder.

Now more than ever, we need a deep, systemic lens on hate violence that addresses its root causes. Just as Dylann Roof’s death sentence can never absolve the state’s complicity in the anti-black ideologies that motivated the Charleston shooting, no amount of jail time for Ronald Ebens and Michael Nitz would ever address the state’s engagement in anti-Asian xenophobia and economic fear-mongering that facilitated Chin’s murder. We are steeped in a uniquely American culture of violence—one that cannot be resolved through the violence of incarceration. We need to ask the tough questions about justice, safety, and prisons. Who are the sort of people you send to prison? Who is made safe, and who is made to suffer, when we look to the state to remedy hate violence? As we remember Vincent Chin and the movement he gave us, we can’t forget that it was never courts, lawyers, prisons or police that made Asian America stronger in the wake of such devastating loss—it was coming together as disparate communities united by a singular vision of justice.

The author is indebted to the many writers, activists, and advocates who have been at the forefront of engaging critically with the legacy of Vincent Chin and visions of Asian American justice, including Angela Chan of the Asian Law Caucus, Cayden Mak of 18MillionRising, and Andrew Szeto and Karyn Smoot.

Mark Tseng-Putterman (@tsengputterman) is a writer, activist and scholar interested in Asian American social movements vis-à-vis the carceral state. He is an incoming American Studies Ph.D. student at Brown University and a visiting scholar at the Asian/Pacific/American Institute at NYU. For the past three years he served as a co-advisor to BRIDGE, an undergraduate student leadership program organized by the Asian/Pacific/American Institute at NYU.
Tags: Asian American activism, Vincent Chin, antiblack racism, prisons, racism, xenophobia 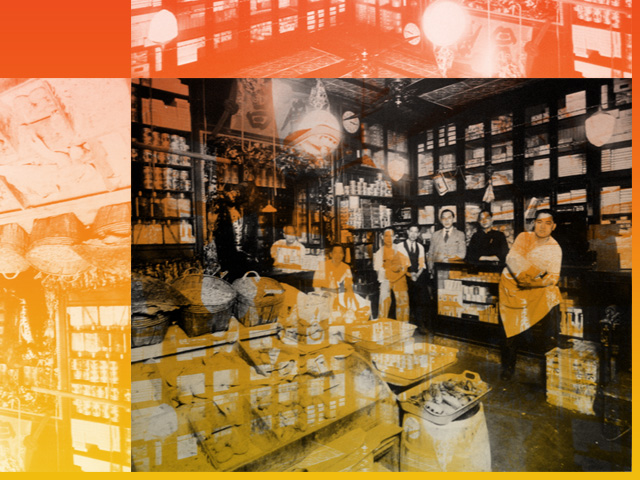 800 Million Hands: Looking Back at a Lost Classic of Asian American Literature
Chinese American writer H.T. Tsiang's final novel is a Marxist, feminist, pro-immigrant satire of the American Dream. It was published 80 years ago.

We Lead The World’s Liberation: A Conversation with Sex Work Activists SX Noir and Kate Zen
"Sex worker activism is always based in anti-police, anti-prison activism."