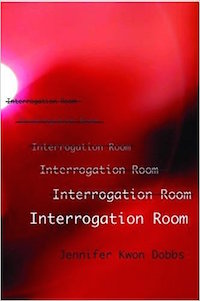 “Jennifer Kwon Dobbs writes visceral and intelligent poems about an unending war and its many consequences,” writes Viet Thanh Nguyen of the Korean American poet’s latest collection, Interrogation Room. As Dobbs searches for her birth mother, she delves into the fraught history of loss, war, and reconciliation in North and South Korea. (March 6, White Pine Press) 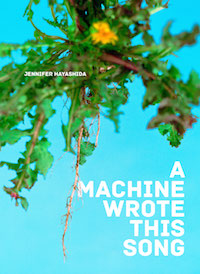 A Machine Wrote This Song by Jennifer Hayashida

“You are three and considered lost / You know full well where you are,” writes poet, artist and translator Jennifer Hayshida in her debut poetry collection, A Machine Wrote This Song. In these poems Hayashida, who is on the board of AAWW, considers the experience of the loss of translation between languages, generations, and geographies. (Gramma, April 1) 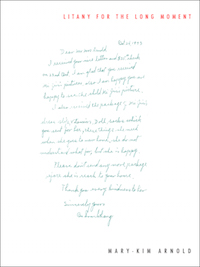 Litany for the Long Moment by Mary-Kim Arnold

In this collection of linked lyric essays, artist and poet Mary-Kim Arnold draws on the work of Francesca Woodman, Susan Sontag and the legendary Asian American avant garde writer Theresa Hak Kyung Cha to reclaim her identity and language as a Korean adoptee. (Essay Press, April 1) 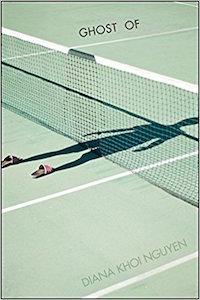 Ghost Of by Diana Khoi Nguyen

Selected by Terrance Hayes for the Omnidawn Poetry Book Prize, Diana Khoi Nguyen’s debut collection is an elegy to her late brother, who cut himself out from family photographs before committing suicide. Nguyen uses these photographs in her poems, writing concrete poems that fill in the gaps in the photographs, and fill in what remains of his life. “These poems mean to make a song of emptiness and the spaces we house,” writes Hayes. “They sing to and for the ghosts of identity, exile, and history. They sing like a ghost who looks from the window or waits by the door.” (Omnidawn, April 1) 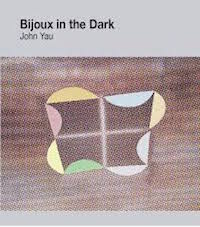 Bijoux in the Dark by John Yau

Legendary and prolific poet John Yau’s newest collection Bijoux in the Dark contains pinyin sonnets, top ten lists, fictional film reviews, ravings, love letters and more. Playfully elliptical and full of deftly rendered moments of beauty, Yau writes about Hieronymous Bosch, Dante and Meng Chiao. “I did not write a hauntingly beautiful book,” he claims at the book’s close, but any reader would disagree. You can read an excerpt from the collection on The Margins. (Letter Machine Editions, April 1) 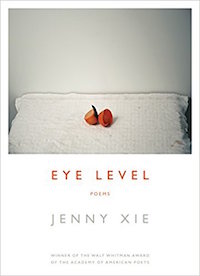 The winner of the Walt Whitman Award of the Academy of American Poets, Jenny Xie’s debut collection Eye Level considers “all that is untouchable as far as the eye can reach.” Traveling between New York, Phonm Penh, Corfu and Hanoi, Xie writes vividly of “immigration, identity, and loneliness.” (Graywolf, April 3) 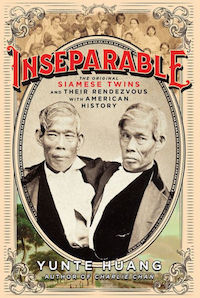 Inseparable: The Original Siamese Twins and Their Rendezvous with American History by Yunte Huang

Yunte Huang returns with his a biography of Chang and Eng Bunker, chronicling the life of the famed conjoined twins and their journey from “freak-shows” to rich Southern gentry. A look at one of the most implausible stories in American history, Inseparable “not only richly illuminates the past of P.T. Barnum and Mark Twain but also probes the racial and sexual politics of the present.” (Liveright, April 3) 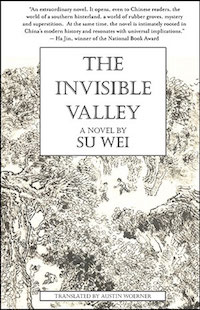 The first of Su Wei’s works to be translated into English, The Invisible Valley is a comic fable set in a remote re-education camp during the Cultural Revolution. Young, bored, and forced to uproot for re-education, Lu is outcast to a strange mountain village where a polyamorous family of woodcutters claim to worship a serpent-demon that sleeps in the nearby jungle. (Small Beer Press, April 3) 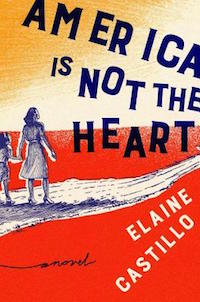 America Is Not the Heart by Elaine Castillo

An immigrant saga that follows a Filipino family’s journey from Marcos-era Philippines to the Bay Area, Elaine Castillo’s debut novel is a political story about communist rebels, a queer love story, a coming-of-age story, and “a stunning, powerful look at the American Dream.” You can see Elaine read at our space on Wednesday, April 25 alongside Gina Apostol and Joseph Legaspi.  (Viking, April 3) 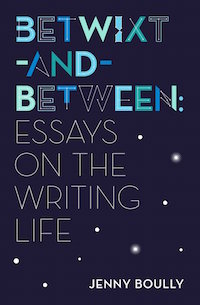 Betwixt-and-Between: Essays on the Writing Life by Jenny Boully

Jenny Boully’s newest collection brings together her essays on the writing life, including her coming-of-age as a poet, the magic of writing craft, and the relationship between writing and the nature of being. Containing “graceful meditations on love, loneliness, and the magic of words,” Betwixt-and-Between is Boully’s fifth book. (Coffee House Press, April 3) 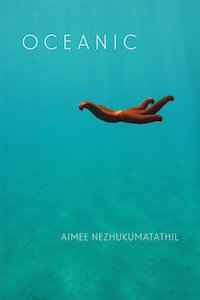 Aimee Nezhukumatathil’s fourth poetry collection Oceanic is a “a sensuous love song to the Earth and its inhabitants.” Writing of the grief of elephants, the poppies of the Taj Mahal, penguin valentines and the northern lights, Nezhukumatathil fills “each poem, each page with a true sense of wonder.” (Copper Canyon Press, Apr 10) 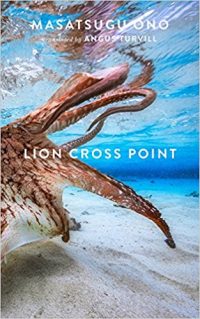 Ten-year-old Takeru is sent to his family home one summer where he is haunted by unspeakable memories of his mother and brother. As Takeru befriends his new caretaker and the girl who lives next door, he is trailed by a strange figure who has eerie similarities to a young boy that disappeared many years ago at Lion Cross Point, on the village’s coastline. Ono is the winner of the prestigious Akutagawa Prize for emerging writers. Lion Cross Point is the first of his work to be translated into English. (April 10, Two Lines Press) 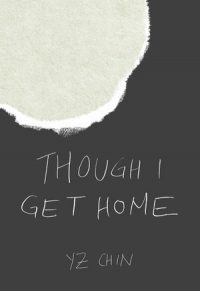 Though I Get Home by YZ Chin

The winner of the Louise Meriwether First Book Prize for women writers of color, Though I Get Home’s interlinked stories revolve around Isabella Sin, a young girl accused of publishing “inflammatory” poetry who is sent to a Malaysian detention camp. “Haunting, surprising, and rebellious,” Chin shares the stories of the furious struggle for freedom and healing in contemporary Malaysia. You can read an interview with Chin on The Margins. (Feminist Press, April 10) 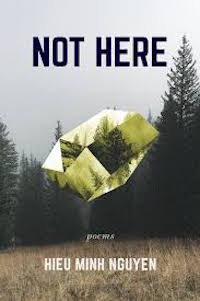 Not Here by Hieu Minh Nguyen

Hieu Minh Nguyen’s highly anticipated second poetry collection, Not Here, is a “flight plan for escape and a map for navigating home.” Drawing from his own life as a queer Vietnamese American who lives in tension with whiteness, nostalgia, and desire, Not Here is one of the most celebrated collections out this year. You can read more of Nguyen’s poetry on The Margins. (Coffee House Press, Apr 10) 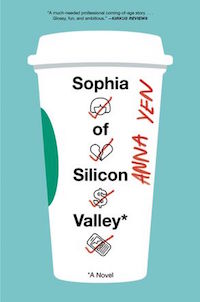 In Anna Yen’s debut novel Sophia Young is the right-hand woman to the visionary CEO of a Silicon Valley start-up during the peak of the tech boom. It’s her dream job fresh out of college, but as she moves from one high-powered eccentric boss to another she struggles to balance her personal and professional lives. (William Morrow; April 10) 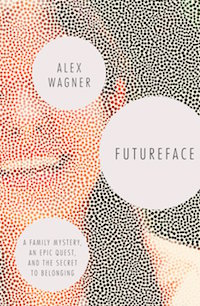 Futureface: A Family Mystery, an Epic Quest, and the Secret to Belonging by Alex Wagner

CBS News anchor Alex Wagner’s memoir follows her from Burma to Luxembourg as she explores the complicated twists and turns in her family history in this “smart, timely, and moving exploration of family lies, exile and immigration, genetics, and the mystery of human belonging.” (One World, April 17) 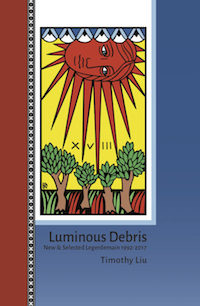 Rearranged along the cards of the major and minor arcana of a tarot deck, Timothy Liu’s newest poetry collection Luminous Debris collects his work from the past twenty years. Writes Rachel Pollack, “As in the cards, as in life, there is pain and mystery, the sadness and beauty of desire, the holiness and splendor of rats, like God, hidden in the subway tunnels of our dreams.” (Barrow Street, April 15) 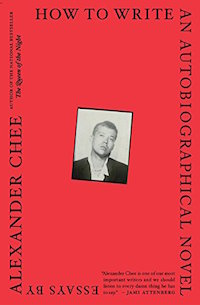 How to Write an Autobiographical Novel by Alexander Chee

Alexander Chee’s celebrated essay collection is a memoir of his writing life that takes readers through his coming-of-age as a gay man, the writing of his first novel, Edinburgh, the AIDS crisis, and his stint as a tarot reader. “An act of poetry, a gift of entertainment, and a primer for life,” How to Write an Autobiographical Novel is Chee’s third book. You can see Chee at our space in conversation with Aminatta Forna on May 2. (Houghton Mifflin Harcourt, April 17) 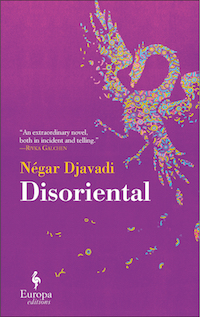 Screenwriter Négar Djavadi’s debut novel Disoriental takes place in the waiting room of a Parisian fertility clinic as Kimia Sadr looks back on the unruly history of her family—from her great-grandfather Montazelmolmolk’s harem of fifty-two wives to her parents, who fled Iran for France during the Revolution. (Europa Editions, April 17) 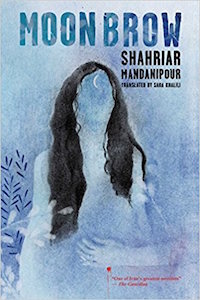 Before he disappeared during the Iran-Iraq War, Amir Yamini was a rich playboy who rebelled against his religious family. Five years later, his mother and his sister find him in a mental hospital with a missing arm and foggy memory. Amir returns to Tehran where he is publicly hailed as a martyr of Ayatollah Khomeini’s Revolution and privately confined as a madman. With the help of his sister he escapes, and goes in search of Moon Brow, the unknown woman who appears to him in haunting visions. One of Iran’s most celebrated living writers, Mandanipour draws on Iranian history, myth and politics in this “remarkable vision of the elusiveness of redemption and love.” Mandanipour will be reading at our space on Monday, April 23. (Restless Books; April 17) 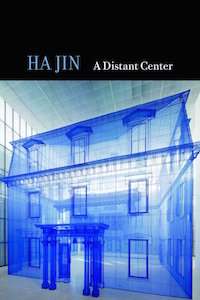 A Distant Center by Ha Jin

Drawing on the tradition of the Misty poets, Ha Jin’s new collection is a meditation on art, writing, and the creative process: “You must hold your quiet center,/ where you do what only you can do./ If others call you a maniac or a fool,/ just let them wag their tongues./ If some praise your perseverance,/ don’t feel too happy about it –/ only solitude is a lasting friend.” (Copper Canyon; April 24) 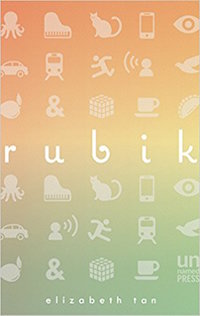 Asian Australian writer Elizabeth Tan’s debut novel, Rubik is a meta-narrative containing interconnected stories that draw on anime, sci-fi, and fan fiction. The book opens with the death of Elena Rubik, a young woman who lingers on in the world of the living through her social media presence. One section is a biting satire of Urban Outfitters, and another takes the form of a fictional treatment for an anime series, Pikkoro and the Multipurpose Octopus. “A love letter to fandom and a sustained meditation on alienation, artificiality, and the sinister nature of capitalism,” Rubik is the U.S. debut of one of Australia’s most exciting writers.(Unnamed Press, April 24) 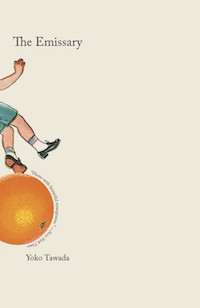 Set in Japan after a massive catastrophe that has disabled the country’s children, Yoko Tawada’s The Emissary is the story of Mumei, a strangely wise and compassionate young boy and the grandfather who cares for him. A post-Fukushima dystopian parable, The Emissary is an “ebullient meditation on language and time” from the author of the acclaimed Memoirs of a Polar Bear. (New Directions, April 24)

“In this book are preserved some of the languages of this emigrant history and some of the laments that were so long kept quiet,” writes poet and translator Geneve Chao of her latest collection, which she wrote for her family. Moving in and out of English and French, writing about Guernsey and Hawai’i, Chao experiments with translation and complicates histories of immigration. (Tinfish Press, April 30) 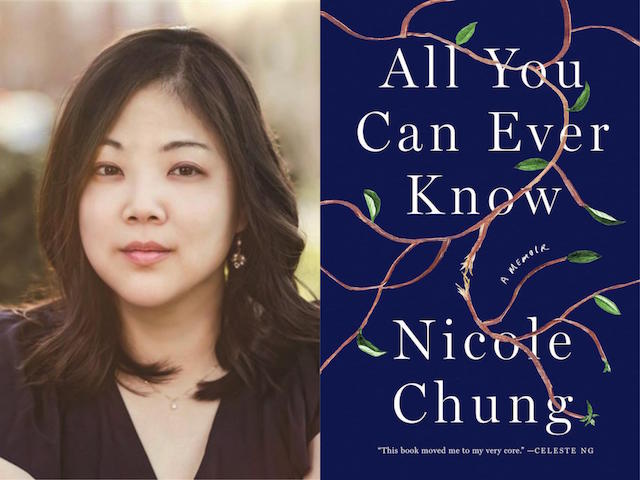 What Could Have Been: A Conversation with Nicole Chung
"There is something inherently powerful in adoptees speaking up and telling our own stories. And I will always believe that to be true."