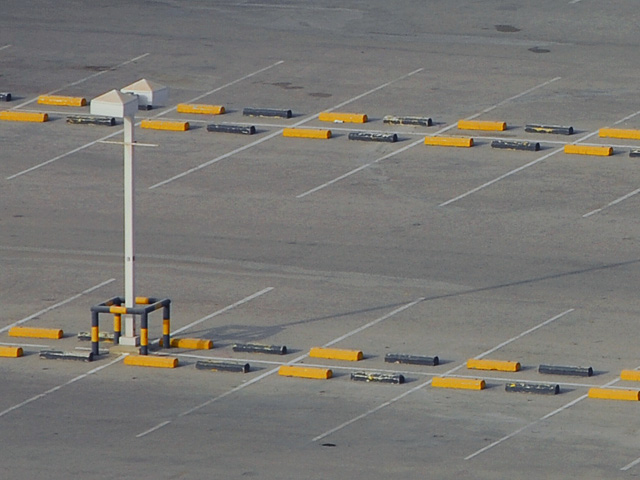 From last week’s coming-together, this week’s Keeping Tabs makes space for us. Along with another collection of toolkits for organizing, transformative justice, spacebuilding, and digital safety, we’re dedicating an area for pause as we travel with ancestral spirits through history and soundscapes. Join us and park here — we’ve got a spot for you.

Resources for Organizing by INCITE!

Resources on Ending Prisons and Policing by Chain Reaction

From crucial curricula on transformative justice to organizations working toward restorative justice and abolition, the Project NIA initiative Chain Reaction provides resources for both resisting incarceration and policing as well as nurturing alternative modes of justice.

Police violence against people of color, especially black youth, is dividing and destroying communities across the United States. Chain Reaction is a participatory research and popular education project with the goal of supporting conversations about alternatives to calling police on young people.

As a response to the Ghost Ship warehouse fire in Oakland, Melissa J. Frost’s organization toolkit includes assistance offer and request forms, resources such as a Harm Reduction guide for DIY spaces joint-edited by Frost and Susan Surface, and links to support Oakland fire victims.

safer spaces is an attempt to organize for and with those wanting to respond to tragedy with care. while we weep for those lost in oakland, we are concerned about the endangerment & danger of the spaces in which underground DIY culture exists nationally. we believe that by organizing collective local and national efforts, we can see these communities flourish and see to it that this never happens again.

Geared toward activists, this Github file by Freddy Martinez outlines surveillance and security culture as enacted through mobile phones, as well as some options for counter-surveillance. (Also, we’ve teamed up with Equality Labs to offer a digital self-defense workshop as part of our Fight Back series — join us!)

Activists on the streets face a multitude of threats of State repression ranging from surveillance, arrest, and physical violence at minimum. Technology tools by themselves will not reduce this State power but tools used as part of a security culture can make an impact. There already exist a few excellent guides [0] on cell phones knowledge for activists. However this short guide will specifically explore IMSI catchers [1], their capabilities, as well as some practical counter-surveillance measure. Sections that are technical, but not required reading, will be marked with a asterisks at the start of the paragraph for optional reading

Brandon Shimoda reflects on the past year through readings spanning incarceration, Black liberation, ancestral memory, and spiritual recollection, on the Millions. (Also mentioned in the essay are author of Serve the People: Making Asian America in the Long Sixties Karen L. Ishizuka and writer of Hardly War Don Mee Choi, both of whom have been featured in Margins essays! Find Michelle Chen on Ishizuka’s history of the Asian American Movement here and Don Mee Choi on Korean-to-English translation here.)

I have been having two related thoughts: that (1) ancestors, occupying and BEING the space between the people of whose genealogies we are one form of consequence and what is being translated across time of those people, manifest in moments of awareness and recognition (fleeting consciousness) including those which happen inside reading; and that (2) books, which possess not only stories, histories, thought, and expression, but stories’, histories’, thoughts’, and expressions’ dreams of being and being continued — dreams which they hold, in the interval, for (future) readers — are not only the bearers of ancestors, but, themselves, ANCESTORS.

Content warning in the following piece for graphic depictions of animal death.

Nghiem Tran for the Offing follows a family, a Craigslist farmer, and eighty chickens on the road. (Find a collection of poems on growing a family by Tran on the Margins here!)

[H]alfway through the drive my mom had convinced my dad that they didn’t need another car, but since they were almost to Tulsa they didn’t want the trip to go to waste, and so they bought eighty chickens from that same Craigslist farmer. How on earth such a purchase made any sense to them I didn’t know. But here the chickens were, imprisoned in our backyard. It pained me to look at them. They squawked and struggled against each other, pressing their feathery flesh into the stiff wooden bars as if trying to break free from us, their captors.

On Elle, Piyali Bhattacharya and Tanwi Nandini Islam discuss South Asian parents, the importance of sharing stories, and navigating paradigms of womanhood. (Check out the release of the anthology discussed in the interview, Good Girls Marry Doctors: South Asian American Daughters on Obedience and Rebellion, here!)

The community reception [to the book] has been a dream, a fantasy. This has been so overwhelming and so overpowering that I can barely process it. We sold out all copies of the book on Amazon on pub day itself. More than 250 people were at our reading in New York. More than 200 at our reading in San Francisco. And at each one, dozens of women have come up to me afterwards weeping, saying that this is the most heard and seen they have ever felt. That is miraculous. It took me nearly a decade to put this book together because finding the resources to create it was so difficult. But I had a hunch that this community needed a project like this, and to see them reacting to it in this way —that makes all the years of thankless hard work worth it.

Masood Hussain’s piece for the Wire documents the artwork he promised the late Kashmiri poet Agha Shahid Ali he would create to accompany Ali’s poetry on the beauty of Kashmir.

It took me 14 years to fulfil my friend’s wish. The thought of not being able to devote enough time for it burdened my heart for 15 long years. Finally, when I had completed the seven canvases, they came close to being destroyed by the 2014 flood, a fate suffered by many of my works. I kept this precious bundle, work born of the words written by Shahid years ago, in the only place the water would not be able to reach.

The wish of my friend is now fulfilled.

My friend, Kashmir still looks hauntingly beautiful to me, but every beautiful thing still reminds me of the misery and pain that never leaves us alone.

Brandon Shimoda’s essay for the New Inquiry explores modes of remembering U.S. internment of Japanese and Japanese Americans during World War II by taking a close look at the Japanese American Historical Plaza in Portland, Oregon.

The omission rewrites history to minimize the complex and overwhelming system of racial profiling and incarceration into which more than 120,000 Japanese and Japanese Americans were forced, and into which the United States so easily transitioned.

It must never happen again.

Because: it is happening again.

Shane Greene’s new book Punk and Revolution: Seven More Interpretations of Peruvian Reality is about the rise of an underground arts and music scene during Peru’s period of massive political violence between the Maoist Shining Path and a repressive state apparatus. Here is his playlist of many of the songs mentioned, or analyzed in depth in the book.

While not a definitive list, this is an excellent sampling of “rock subterráneo” music from 1980s Lima, Peru. With a couple of vinyl exceptions, most of the music circulated in “demo” cassette format, and the songs selected represent a variety of musical sounds inspired by punk, post-punk, and hardcore genres that arose in the late 1970s and evolved into the present.

Episode 25: Mimi Nguyen, author of The Gift of Freedom by Mimi Nguyen and Cathy Hannabach

In this episode of Imagine Otherwise, Mimi Nguyen traces forms of liberal empire, resistance to institutional governance with punk and messiness, and possible political configurations against identification and similarity.

What strings are attached to the “gift of freedom” that the United States grants refugees? How can zines, punk, and tarot serve as methods and mediums for social justice work? And what do movie stars and Buddhist nuns have in common?

In this episode of Imagine Otherwise, host Cathy Hannabach chats with Mimi Nguyen about the imperialist US discourse of debt and freedom repeatedly attached to refugees, how Mimi is drawing unexpected artistic encounters between actor Keanu Reeves and Buddhist nun Pema Chödrön, and why communities of color are turning to tarot for activist inspiration and to imagine other ways of being in the world. 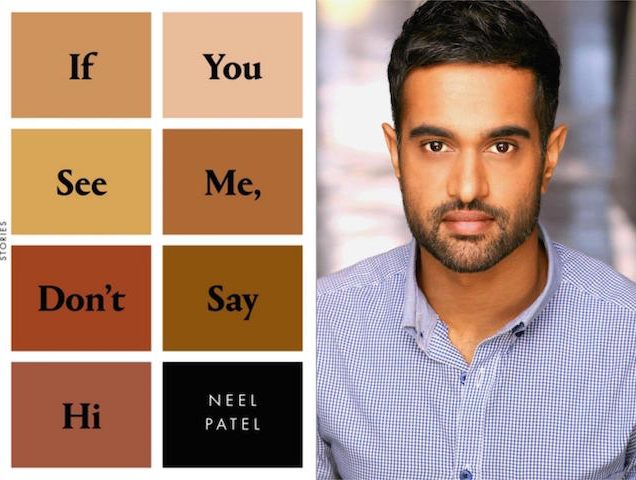 If You See Me, Don’t Say Hi: An Interview with Neel Patel
The author of If You See Me Dont Say Hi discusses the draw of the short story, writing with new vocabularies of race, and the immigrant communities of the Midwest.