Flushing is known as the “second Chinatown,” Little Taipei or Little Seoul. But it is also home to thriving communities of Central and South Americans.

As the fastest-growing racial and ethnic groups in the country, Hispanics and Asians are living in neighborhoods together nearly three times as much as they did a decade ago. But, like many places in New York, communities can be insular in Flushing, operating like islands of their own.

One English conversation meet-up seeks to bridge the cultural divide between Asian and Hispanic community residents through a weekly mixer set up by two community groups, Immigration Advocacy Matters (I.AM.) and One Flushing.

Reporter: Each Tuesday, in Flushing, a conversation mixer is happening in a high-rise office building on Main Street.

Volunteer: This week, our conversation is about “On the Job.”   So first we’re going to introduce ourselves to each other and talk about our job.

Christina Tao: My name is Christina. I come from China. When did you come here? I live on… in New York a week.

Jose Marquez:  My name Jose Marquez. I live over here more than 25 years.

Reporter: For the Latino and Asian immigrants who come to the mixer opportunities to engage with neighbors outside of their immediate ethnic Community are rare. One reason is that many immigrants tend to work longer hours.

Sherry Zhang: Because I used to [be] working working. [Had] no time to study English…

Reporter: That was Sherry Zhang, a retiree who worked as a home health care attendant most of her life. Besides learning English, she’s teaching seniors how to make small beaded animal figurines, which she’s brought tonight to show the group.

Reporter: Gerald Lefrieri, is volunteering to help lead the conversation. But it’s not all work. Lefrieri enjoys these evenings too.

Voice of Gerald Lefrieri: I learn something every single time I do this conversation mixer. Tonight’s discussion was about occupations and looking for jobs and going on job interviews. And two of the ladies happened to be retired. But we talked to them about what they while they were working. One of the women was an opera singer from Shanghai. You know the other person sitting there with me tonight was an acupuncturist and masseuse. Fernando is from Mexico. He came here about 10 years ago and he works for a deli.

Reporter:The diversity is intentional. I.A.M.’s founder Alexandra Ruiz was raised in Flushing and she says her upbringing was the inspiration for starting the organization. She was born in the Dominican Republic where her parents were middle class and well educated, but when the family moved, navigating in a new country was hard. Her parents didn’t speak English, and this proved to be a real barrier. 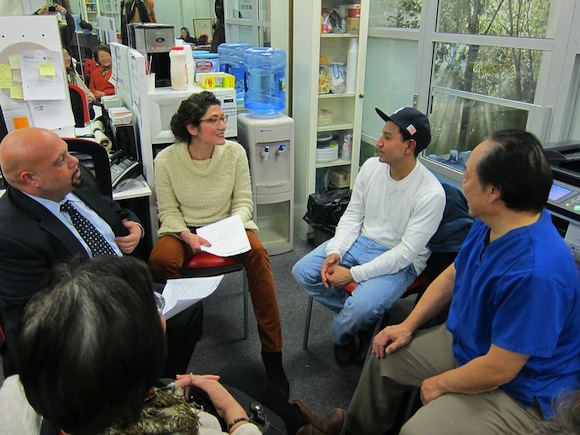 Alexandra Ruiz: I just have witness the limitation of language in so many different ways. You know I’ve seen how not speaking can impact your upward mobility, your ability to communicate your safety.

Reporter: Ruiz wanted to think beyond the Spanish speaking community.

Alexandra Ruiz: I think as an immigrant who grew up in a diverse community I never saw myself as just a Dominican woman, I saw myself as a community member and I didn’t understand why Flushing but also Queens was so segregated by cultures.

Reporter: John Logan is a sociologist with Brown University, who studies neighborhood trends.

John Logan: Hispanics on average are living in neighborhoods with more Asians than they used to, almost three times as much.

Reporter: That’s information derived from census data. This follows the overall trend of everyone living closer to Asians and Hispanics, since they represent the two fastest growing racial and ethnic groups in the nation. But what the census data, of course, doesn’t show is how truly integrated groups are becoming.

John Logan: It’s so easy for different groups to be in proximity but to live in very different worlds and to get along with one another by ignoring each other.

Reporter: In addition to learning English, the conversation group tries to tie in the themes of conversations with services. Tonight the participants learn about resources for career building.

Staff of One Flushing: If you don’t have a resume, we help you to write a resume.  Also everybody know what an interview is. You know we have something called a mock interview, which means that I pretend to be the employer and we chat, we talk.

Narrator: Lefrieri says he likes connecting with people like Fernando, the youngest member in his group tonight.

Gerald Lefrieri: Fernando is about 30, 32. And he still doesn’t know what he wants to do here. And that’s part of what he accomplish at I.A.M. It’s not just English. It’s getting people comfortable with being in the United States. It’s getting people comfortable with being able to stretch out from beyond their community and engage in a larger community. 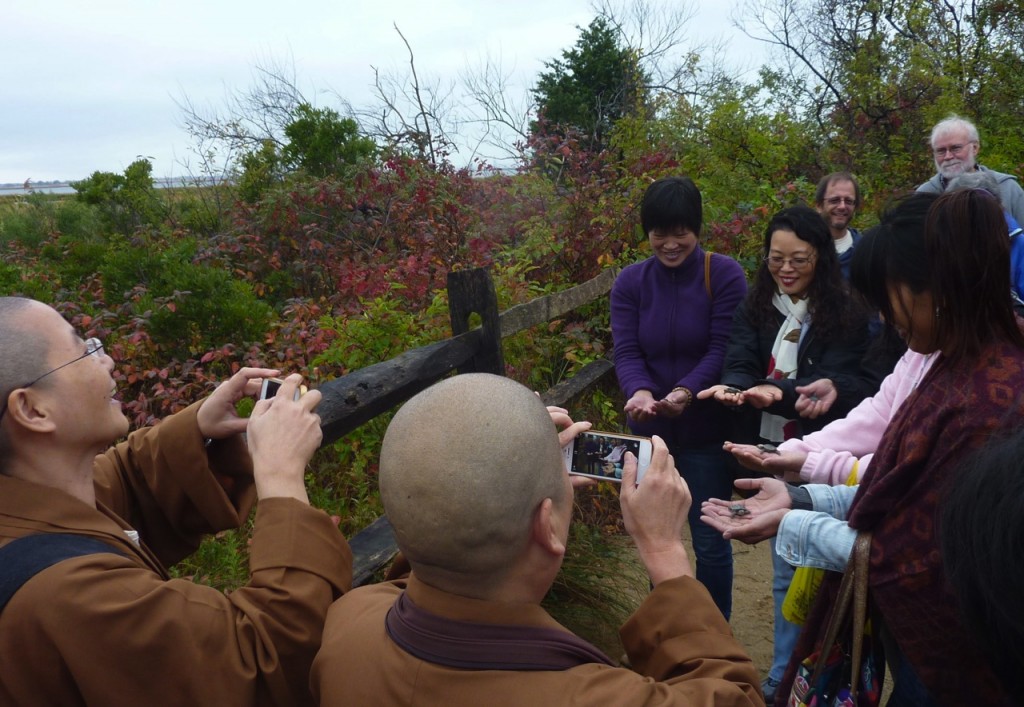