Studio Visit is a new weekly Q&A series in The Margins to spotlight writers we admire. Each writer sends us a photo of where they like to buckle down and write, and gives us a glimpse into their inner lives.

As a kid, Henry Chang wanted to be a fireman, a cop, or even a pro athlete. As a grown-up New Yorker, he has worked as everything from a lighting consultant to a security director for hotels and commercial and retail properties. He’s clamped down on infamous and difficult celebrities, drugs and wild hotel parties, and even the occasional nudist in a late-night elevator. But when Chang isn’t wrestling thieves and taking down crews committing organized credit card fraud, he’s written poems that have appeared in the seminal Yellow Pearl anthology, Gangs in New York’s Chinatown, and Bridge Magazine; his fiction has been featured in On a Bed Of Rice and The NuyorAsian Anthology; and his debut novel, Chinatown Beat, has been praised by the New York Times, the Boston Globe, and the Washington Post.

Chang’s old security days continue to provide him with plenty of wild story ideas, and us with entertaining thrillers. He’s currently working on Death Money, the fourth book in the Detective Jack Yu series. So while he never became a police officer, his police procedurals could convince us otherwise. We catch up with Chang in our weekly Q&A series, Studio Visit.

What’s on your nightstand now?
There are two stacks actually, beneath the nightstand—my Summer/Fall reading titles. The deadly dozen are:  This Is How You Lose Her, Live By Night, Murder Below Montparnasse, Strawberry Yellow, Ratlines, The Savage City, Death’s Door, The Joy Brigade, The Last Policeman, Gone Girl, Devil in the Grove, and A Corpse in the Koryo. Have fun Googling them, they’re all good. (With due respect to those I left out, don’t be miffed at me.) 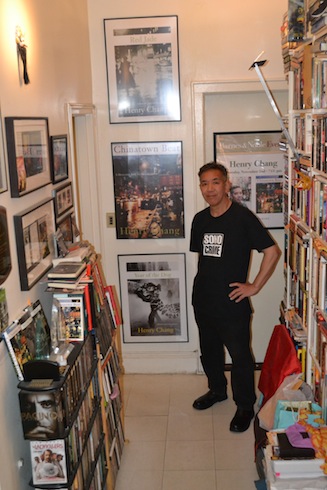 What superpower would you most like to possess?
I’d like to be kind of a NoMan, a comic book character who can transfer his consciousness anytime to powerful Android bodies anywhere in the world. He would also have a cloak of Invisibility. I like the stealthy part of it. He is a T.H.U.N.D.E.R agent and works for good and redemption. Though the Androids are robotic in nature, NoMan can fall in love. Which he does. There’s a price for everything…

What role does place have in your writing?
A huge role, since Chinatown is that foreign port in Manhattan, the Golden Island, where I set my stories. You want the reader to experience the sights, sounds, smells of this setting in a vivid, compelling way. Setting can be more than backdrop for the plot, it can actually alter the plot. Also, there are many Chinatowns in America, and each one has a distinct story. It’s in this immigrant demimonde that my characters struggle for their little piece of the ‘American Dream.’

What songs are on your iPod now?
I have a big dose of legendary sax on my iPod: Stanley Turrentine, Gato Barbieri, Candy Dulfer, with some Fourplay. There’s also a mix of old school: Moody Blues, Rolling Stones, Eagles, CSNY, Pop from the daze. Eclectic, sure.

In no particular order, here’s a song sample: “Dreams” by Fleetwood Mac, “Woodstock” and “Carry On” by Crosby, Stills, Nash, & Young (CSNY), “Smooth Operator” by Sade, “Lowdown” by Boz Scaggs, “Take It Easy,” “Take It To The Limit,” and “Ly’in Eyes” by the Eagles, “All Along the Watchtower” by Jimi Hendrix, “Brandy” by Looking Glass, “Lily Was Here” by Candy Dulfur, “Hold On” by Sarah McLachlan, “Deacon Blues” by Steely Dan… Pick your writing poison, and enjoy.

What is your writing process?
Find the quiet, reach for inspiration. Write. Whatever’s on your plate. Write, for hours. Then rest the grey cells a la Poirot, then write. Find inspiration and write. Repeat this 24/7 but try to sleep six hours straight during the 24… But seriously, I wake up early, make a steaming pot of sencha, and when the apartment is quiet I plot and write as necessary, across multiple projects, trying to move everything forward. Some projects may be more advanced than others, but that’s okay as long as there are no deadlines. Get your stories out there, by any means necessary.

What are you working on right now?
I’m editing Book Four in the Detective Jack Yu series, Death Money, which will drop next year, while plotting Book Five, and synopsizing Book Six. I’m developing stories for television, for movies, for the web. There could be a short story in there somewhere. I may also produce a documentary on my son’s basketball experience post Jeremy Lin. (He plays college ball in NYC.)

What’s your guilty pleasure?
I mix a mean pitcher of Bloody Mary, fry up some fierce fish tacos, and binge-watch a season’s worth of the Sopranos, or Breaking Bad, or whichever cable series is hot on DVD.

What did you want to be when you grew up?
I probably wanted to be a fireman or cop or pro athlete. Who knew?

Henry Chang is a New Yorker, a native son of Chinatown and the Lower East Side. He resides in the Chinatown area, and his ‘Chinatown Trilogy' of Chinatown Beat (2006), Year of the Dog (2008), and Red Jade (2010) are currently being developed for television and movies. His fourth book featuring NYPD detective Jack Yu, Death Money is forthcoming in early 2014.
Tags: Henry Chang, Studio Visit, fun facts, interview, process

Studio Visit | Page Turner Edition: Victoria Chang
The author of The Boss thinks she might be the only person left on this planet without an iPod—but her poems are certianly full of music. 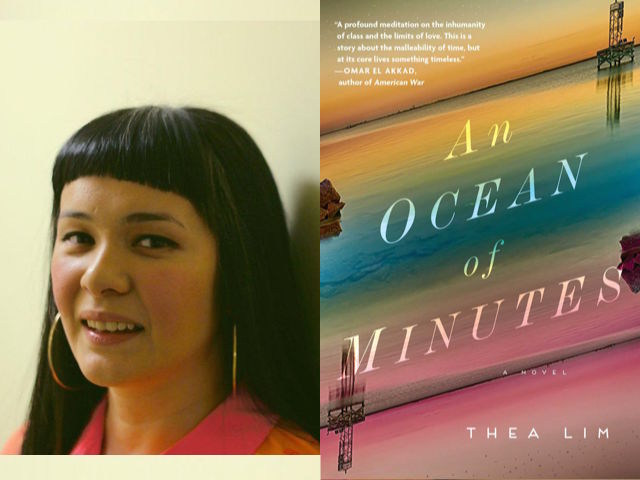 Love in a Time of Dystopia: A Conversation with Thea Lim
The author of An Ocean of Minutes talks the terror of time travel, immigrant fiction, and capturing grief in writing.