Tan Lin is by no means a single-medium man. His work spans the realms of poetry, fiction, video, and performance, achieving a form that he calls “ambient literature”—where the lines between genre, mode, and culture merge like waves into television static.

The New York-based writer, who teaches at New Jersey City University, is particularly drawn to the idea of static as a blankness and silence in his book Insomnia and the Aunt (Kenning Editions, 2011), which explores the relationship between technology, television, and human experience. The book, more a Fluxkit than a written work, consists of black and white photographs, postcards, footnoted Google reverse searches, letters, appendices, and an index to an imaginary novel. The story itself chronicles the memories of a fictional aunt who owns a motel and watches Conan meditatively into the late hours of the night.

Lin has never been closer to his idea of ambience, as memory, consciousness, and even people begin to blur in Insomnia. While his aunt may only have existed as an emanation of late night television, Lin recalls his childhood growing up in front of the TV set, the mediated silence of a model-American living room where “a good commercial is like a birthday.” Growing up in Ohio to Chinese immigrant parents, Lin believes that TV became a medium for maintaining a sort of cultural integrity while simultaneously assimilating into the American identity he was born into.

For Lin, TV is a storyteller, a cultural marker, a family member, and a vehicle for the self. A new edition of Insomnia and the Aunt is scheduled for 2016.

David Foote: Insomnia and the Aunt tells the story of a man relating to his aunt by spending hours watching late night television with her in a motel. The story interrupts the normal narrative of immigration, the usual story focusing on the cultural price paid to come to America, [and] norms of genre (it is often billed as literary nonfiction, and you are often billed as a poet)…. Did you ever have an aunt in Washington?

Tan Lin: No. But I did watch huge amounts of TV while growing up. I think of the TV set as a member of our family—like a mother, father or imaginary aunt. TV watching resembles a family; it’s sort of an ongoing affair with blurry temporal markers. So yes, this is not a “normal” immigration narrative, mainly because it’s not really a narrative.  In this work, narration is replaced by description and static absorption in front of a TV. TV watching is not idle time. People philosophize [while] watching TV; the more TV people watch, the more philosophizing they do. Philosophizing while switching channels is what I call “mediation.”

Technology serves as a tool for the integration and navigation of family relationships in Insomnia and the Aunt. It serves as a way of blocking out chunks of time or remembering each other’s company, allowing family members to be bored in each other’s company and thus coexist. How does the TV change the immigrant’s experience of America?

It is a mistake to say that TV is a global capitalist or monolithic phenomenon that is appropriated or domesticated by Chinese Americans in a comical or “ethnic” way. TV exists only as an extension of the people who watch it, which is to say, all TV is mediated by a particular group. The last thing I wanted was something quirky, exotic, or ludicrous. Mediation is surreal, but also utterly natural, in that what is produced in the book—in and through various genres and modalities of philosophizing—is something Bruno Latour would term a hybrid. And I am not only speaking about genres and their mediation, but about two things customarily considered to be set apart in most sociological discourse: people or society on the one hand, and technology—in this case, television—on the other. From a standpoint that is not necessarily mine, my aunt does not really exist. This makes perfect sense to me; she is an emanation of a TV set. But the same is true of the TV too. It has no life apart from my aunt. And in this story, it has a life, just as my fictive aunt does. The tale being told might as well be told by a TV set. I should probably make this more explicit. There needs to be a sentence in which the narrator says, and I think I will add this to the next edition:

And there are moments of watching TV with my aunt when I realize none of this has been written by me, it has been written by a TV. From the TV’s standpoint, my aunt is as an emanation of a TV, and from my aunt’s, there is no such thing as false consciousness when it comes to TV watching. There is only TV watching when watching TV. Part of this, and there can only be part of something, can be understood because watching TV with my parents reminded me of what my parents didn’t understand about American culture—my parents were born in China and didn’t really get what being an American was in the way that my sister and I, who were born and raised here, understood instinctively, from the outside in. My father, thinking from the inside out, thought he could become more American by buying American cars, but he only became more Chinese when he did that. When I think of motels, or aunts for that matter, they seem Chinese. And TV sets, they are all Chinese. But of course everyone knows that Chinese TVs are Chinese for the Chinese people who watch them. And they are Bulgarian to the Bulgarians who watch them. But of course the beautiful thing is that all of us, my mother and father and my sister and me, became a family but really half of a family, while watching TV together even though what we were watching was completely different.

“TV watching is like a family—it’s an ongoing affair with a blurry chromology. And so my sister and me were really born, re-born quite a few times actually, in between TV shows, or during commercials at various points in our childhood in Athens, Ohio. A good commercial is a like a birthday or maybe an anniversary. Of course, most children cannot remember their parent’s anniversaries when they are young. And TV is kind of a blur. And late nite TV is, now that my aunt and mother and father have all died, a very specific kind of anniversary, which is to say late nite TV was Chinese for a long time and even more Chinese now, even if it was the time when my sister and I watched TV without my parents (they had gone to bed). In the 70’s and 80s, my father would only stay up to watch the first half hour of Johnny Carson, so the later hours of TV watching with MTV and with Conan are really is a species of inter-generational loneliness, one that exists in all families. It is hard for me to distinguish my aunt or my mother from a TV set that is not on. My aunt is probably what my mother looks like after she has watched a lot of TV. People and TVs—what is the difference really? What is the loneliness found inside families? It’s probably another word for a TV set. Or a re-run.

Does the disruption of time into an organized and understandable TV schedule create comfort or isolation?  (e.g. There is something comforting to the aunt when Conan comes on each night at the same time to tell the same jokes and repeat what his guests say.)

Well, there is less of a schedule of TV watching when the TV is on 24/7, which is how TV is described in the book, and in some ways how I lived with it growing up. And you have to remember, too, that these are reruns, which implies that who we are is in some sense a product of TV memories that aired a few years before. In other words, the reruns that the narrator watched with his aunt were really a way of reliving family life with his mother and father. He visits his aunt when he is in college or late high school, but the remembrances are from an earlier moment— which is to say, the past is experienced as a rerun. Family memories are TV memories. TV was quite an active part of my growing up. There is a problem with technology in the book and there are psychological disorders, namely the insomnia of the title.  There were no Acuras at the moment of narration and some of the TV shows are not quite right, i.e. they are mis-remembered.

To what extent would you say your aunt is Chinese, and how does this relate to your mother, who we know is Chinese and emigrated from Shanghai in 1948?

My aunt, who is fictive, does not really start out as a Chinese person; if anything, she becomes more Chinese by watching American TV. So in some sense, the narrative of immigration that you mention earlier is not about becoming American; it is about becoming Chinese. Both my mother and my father became more Chinese to me as I became more American, though they were actually becoming Americanized in Ohio—it was just happening more slowly than with Maya and me.

Does technology function to relieve us of the burden of emotion?

No. TV is by definition emotive. Anyone who watches TV knows this. We get most of our emotions from TV. And we get our families from TV too.

David Foote is originally from Louisiana, but he lives and reads in Brooklyn.
Tags: Chinese American, Insomnia and the Aunt, Tan Lin, interviews, poetry, technology, television 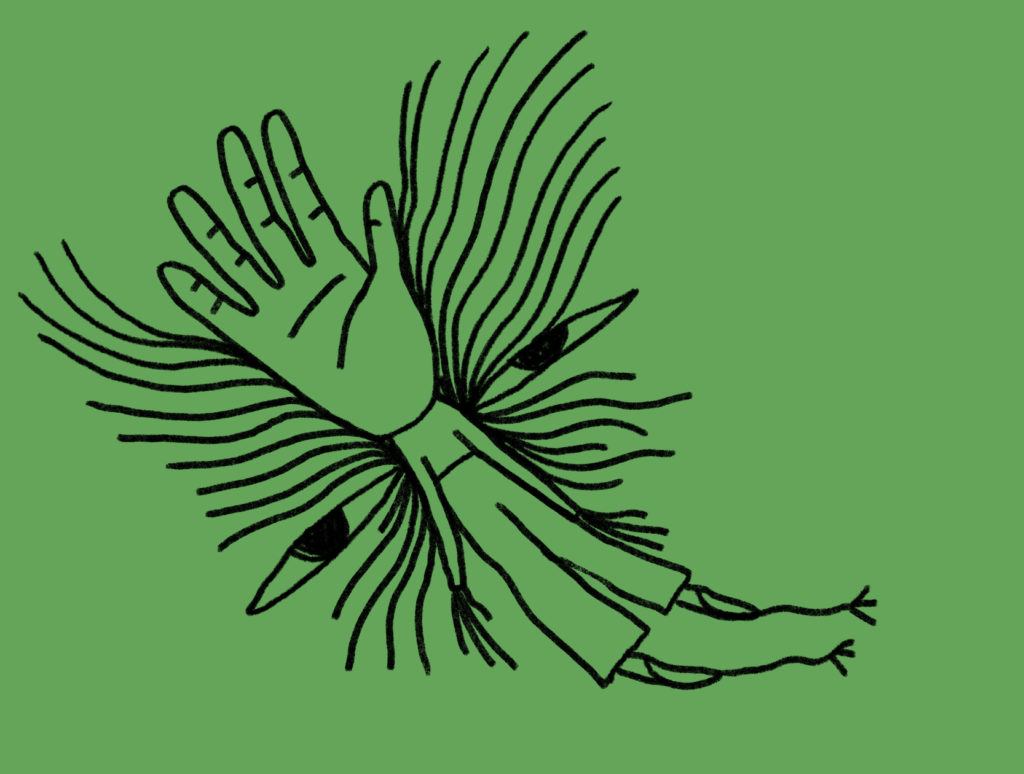 To Those of Us Who Just Didn’t Rebel Enough Before Quarantine
You hear Mama tell you / that you must be waiting for her to die to live your life. 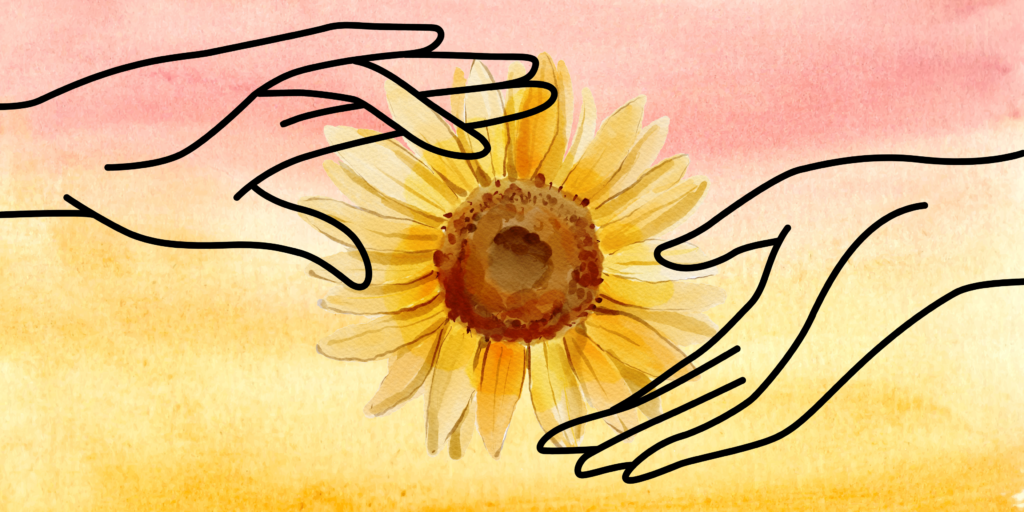